The Division Heartland, a free-to-play game, is in development 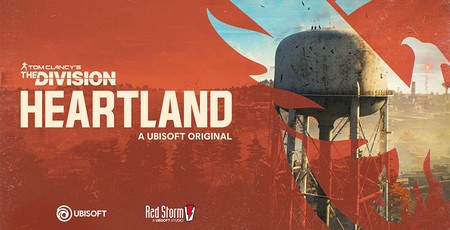 Bit-Tech reviewed the original Tom Clancy's The Division game in March 2016, and the sequel, The Division 2 three years later, in March 2019. Now there are signs of a further significant expansion of the reach of this game franchise, as Ubisoft has just announced that it is working on an F2P The Division title for PCs and consoles, a mobile version of the game, as well as a graphic novel. This is in addition to new content coming to 2019's The Division 2 later this year, and the eponymous film heading to Netflix (starring Jessica Chastain and Jake Gyllenhaal) that were previously announced. Tom Clancy's The Division Heartland, is a free-to-play (F2P) game set in The Division universe, and is in development at Ubisoft's Red Storm studios. Red Storm has helped Ubisoft and Massive Entertainment with Tom Clancy games since 1997, and more relevantly on the two previous AAA The Division releases we have reviewed.

The Division Heartland is coming to PCs, as well as consoles and various cloud platforms. As for timescales, Ubisoft has put up a rather broad target of 2021-22. We haven't been given any further info about the upcoming F2P title, like whether it feature some Battle Royale style gameplay, but if you are interested you can sign up for early test phases of the game here.

If you like to play games on smartphone / tablet and would like some The Division style action on these platforms you might be pleased to hear that Ubisoft is also bringing the franchise to mobile. Unfortunately, we have even less info about this project than about Heartland. Thus, this mobile game could be a completely different kind of experience, and we have no idea of the target launch window for it either. Being a fan of The Division series of games, I have high hopes for the new games. Ubisoft has scheduled another of its Forward events for E3 time this summer, and it is likely we will be able to find out more about the new upcoming games, as well as the new content coming to The Division 2, at that time.