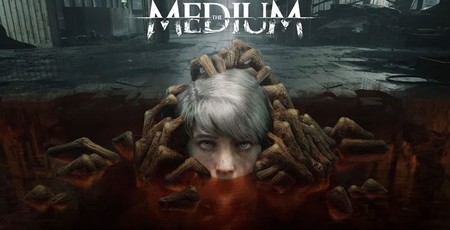 Developers Bloober Team have shared a range of PC recommended system specs as well as a new video trailer showcasing what the protagonist gets up to in The Medium. In case you don't know already, The Medium is a horror mystery game in which you play a medium who can walk through the real and spiritual worlds. Your adventure takes place in an abandoned communist resort where you will use your unique psychic abilities "to uncover its deeply disturbing secrets, solve dual-reality puzzles, survive encounters with sinister spirits, and explore two realities at the same time". It could also be described as a spooky third (and fourth) person perspective detective adventure game. The PC specs include a wide range of recommendations for playing on anything from 1080p/30 low, to 2160p/30 high with ray traced effects. I've put together a table of the various recommended settings below, for your convenience. Please note that although the settings all reference 30fps, PC gamers can unlock frame rates in the game menu. This is in no way a fast-paced action game, however.

If you enjoyed the video above, you can read through an exclusive early hands-on feature published by the official Xbox Blog.

Bloober Team, formed in 2008 in Poland, has previously developed Layers of Fear, Observer, and Blair Witch titles. The Medium, an Unreal Engine game, is scheduled to launch on 28th January (this year) and is currently available to pre-order of Steam, the Epic Games Store, and on the Xbox Series X/S.