Kalypso Media has announced the release date of upcoming PC and Xbox 360 strategy title, Tropico 4 in the run up to GamesCom 2011.

Tropico 4, which sees players return to the role of El Presidente, dictator of the eponymous tropical island, will be released on PC on 30 August, 2011.

The Xbox 360 version, however, will be available in mid-September, though Kalypso hasn't announced a more specific release date than that.

Featuring all new missions, maps and mechanics, Tropic 4 will focus on building the social interaction within the game by allowing players to post their progress on Twitter and Facebook in the PC version.

We'll be meeting up with Kalypso Media over the course of GamesCom 2011, which runs all this week, so we'll certainly try to find out more about the title then. 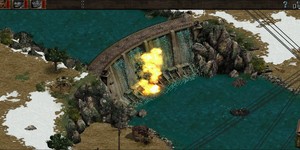 Picked up by Kalypso Media.

Nordic Games has acquired Jowood and The Adventure company.