Valve may be investigating incorporating user-generated content into the Xbox 360 online system, Xbox Live, and is eager to set up a mod marketplace for the Xbox 360 version of Left 4 Dead.

That's according to Valve's Yasser Mailaka, who told OXM that Valve would likely look at making sure modders got a cut of the profits too.

"One of the things I'm thinking about is how we work within that [Xbox Live] system," said Yasser "and one of the things I'd like to do is to allow these modules that are being released on PC to somehow integrate with Microsoft's system."

"We'll have to filter them, we can't allow any copyrighted materials, so it's going to have to go through a process", he continued.

"We're hoping perhaps we can shepherd the really popular campaigns onto 360. And you know, if they are a paid system, perhaps that could go back to the authors. I think that would be a great story".

Until now user-generated content has been confined almost exclusively to the PC platform, with Valve being one of the biggest supporters of the mod community and even rolling out a system for players to search for new mods in Left 4 Dead. Microsoft meanwhile generally prefer to keep their platform more controlled - which makes it pretty unlikely Valve's plan will come to fruition on the Xbox 360. 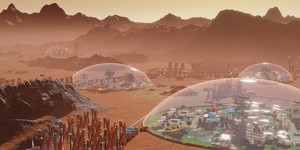