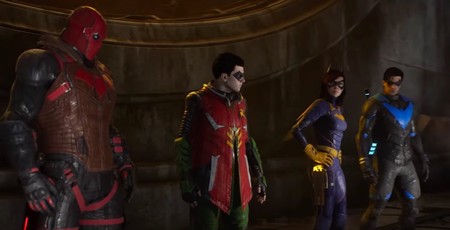 Both titles were revealed at the DC Fandome online event with each game offering a different experience to the other. First up, we have Gotham Knights. Set for release in 2021, it'll launch for both the next generation consoles and current generation, along with the PC. It's an open-world single-player and co-op action role-playing game that bears some remarkable similarities to the Arkham series of games that proved so successful in recent years.

This time around, it features playable characters in the form of Batgirl, Nightwing, Red Hood and Robin rather than Batman. That's because the story centres around the group's need to protect Gotham after the supposed death of Bruce Wayne.

Warner Bros released seven minutes of pre-alpha gameplay and it looks rather promising. It depicted Batgirl exploring surroundings on foot as well as on her bike, as she heads towards a boss fight against Mr Freeze. It also demonstrates how the enemies scale with the player's level too. Batgirl typically fights a lot like in previous Arkham games with the same rhythmic style that proved so popular previously. We're not so sure about the introduction of damage numbers while she fights though. Alongside that is some insight into how Robin uses the Justice League satellite for short-range teleportation.

In addition to the Gotham Knights reveal, there was also the announcement of Suicide Squad: Kill the Justice League. Set for release solely for next-generation consoles and the PC, it looks to have taken some inspiration from the Borderlands series when it comes to its action with four-player co-op a key component of the game. The four playable characters here include Harley Quinn, Deadshot, King Shark and Captain Boomerang with each offering their own set of skills. It's possible to play in single player with the rest of the squad filled with bots but the focus seems to be on co-operative play. Story-wise, it's set in an open-world Metropolis while serving as a continuation of Rocksteady's Batman: Arkham-verse.

For now, details for both titles aren't exactly huge but it's relatively early days, especially for Suicide Squad. Expect more details to emerge over the coming months.