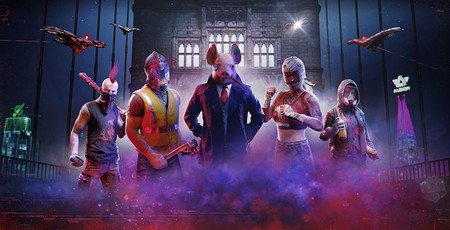 Ubisoft has revealed that Watch Dogs: Legion players will be able to enjoy some multiplayer shenanigans starting from Tuesday, 9th March 2021. This free extra mode of the game will be separate from your single player progression, so when you start playing multiplayer you will start again in London from scratch. However, Ubisoft says that the online mode offers fast-Dead Sec recruitment using influence points. The main appeal with Watch Dogs: Legion online mode is likely to be the co-op missions. You will team up to make a crew of two to four hackers to do things like destroying targeted vehicles, stealthily taking out targeted personnel, and co-ordinating hacks. These tasks will level up your Dead Sec faction, with the ultimate goal of taking on the so-called Tactical Ops missions for teams of three or more.

Ubisoft says that the Tactical Ops challenges are another level of gameplay challenge that require true co-ordinated teamwork through five stages to reach the goals set. The video above outlines one such mission where the hacker team of four splits up to take down Albion systems at two separate locations simultaneously.

For the above Tactical Ops challenges the newly introduced in-game voice chat functionality is probably more than just recommended, rather for co-ordination and timing it appears to be essential. The Spiderbot Arena is the multiplayer venue Ubisoft has setup for fast-paced, intense PvP challenges – that run for 6 minutes a time. As the name indicates, you control one of the game's armed Spiderbot devices in an arena death-match. In the arena there are mystery power up boxes, which you should try and open if you can do so safely, and you can gain kill streak bonuses for your success.