Activision Blizzard has opened MMO World of Warcraft for free up to Level 20, permanently, in a surprise announcement reported via PC Gamer.

New users can now set up trial accounts which only cap out at Level 20 and which have no limit placed on how many characters a user can have, or how long they can play for. Trial users are limited in other ways, however - check out the full list of restrictions below, according to Blizzard's FAQ.

Trial users can then upgrade to the full game for $20 USD, getting World of Warcraft: The Burning Crusade thrown in as well.

Existing subscribers who don't already own the Burning Crusade expansion have now had it added to their accounts, gratis. 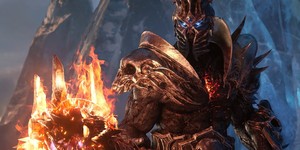 Blizzard is taking back Warcraft character names that haven't been used since 2008. The fifth expansion for Blizzard's World of Warcraft has been unveiled.