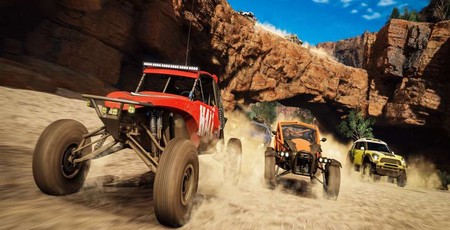 Having previously specialised in racing games through the successful Forza franchise, PlayGround Games has confirmed to GamesIndustry.biz that it is expanding into a second 200-person studio - doubling its overall headcount - which will be working on the company's first non-racing title, an as-yet unnamed action role-playing game (ARPG) set in an open world.

That the company is serious about the project is revealed from the list of high-profile employees it has poached for the new studio: GamesIndustry.biz's research has tipped up Sean Eyestone, formerly senior producer of ill-fated Star Wars-themed casino-cum-shooter Battlefront II and prior to that a Kojima Productions staffer working on Metal Gear Solid titles including well-received Metal Gear Solid V: The Phantom Pain; designer Will Kennedy from Rockstar North where he worked as a level and game designer on Grand Theft Auto V; and Juan Fernandez di Simon, formerly a senior designer for Ninja Theory's Hellblade: Senua's Sacrifice.

Although the company confirmed the opening of the new studio to the industry outlet, it has so far proven tight-lipped on the precise nature of its upcoming ARPG. For Playground Games, though, it's potentially a make-or-break project which if successful could launch it beyond racing titles or otherwise relegate it to the status of 'the studio that makes Forza games'.