Developer Volition has opted to give its fans an insight into the game development process by releasing an early build of Saints Row: Undercover, a planned PlayStation Portable release which was cancelled during development.

Little was known about Saints Row: Undercover until Volition dropped some snippets about the game as part of its regular video streaming session on Twitch. With fans eager to learn more, the company decided to dust off its prototype for the title - then release it for free download, having converted the dev-kit code bundle into a bootable disc image.

The game's prototype has been shared via Unseen64, a website which specialises in beta, cancelled, and otherwise unreleased games. Naturally, the game is extremely unfinished: it existed as a simple prototype to prove the concept of the game, and can be expected to be lacking in content and frequently crash as the player comes up against the limitations of what was coded. Comments indicate that the game also fails to load on most PlayStation Portable devices, even when modded for loading ISO images directly from the memory card, but runs perfectly in a desktop PSP emulator.

Even with the difficulties you may have in getting it working or having it be stable enough to play, access to prototype software like this is rare from a still-active development company - and Unseen64 has indicated that if response to the release is good, Volition would not be averse to making more of its unreleased internal prototypes available to the community. 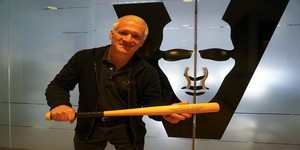 Saints Row 4 is set to receive a set of official modding tools from developer Volition.