Sony PS5 DualSense drift class action filed in the US 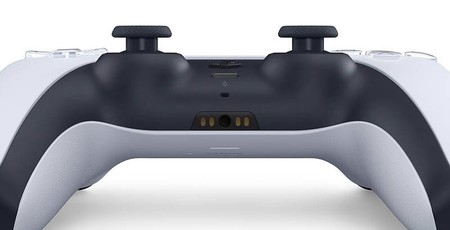 Last week the firm behind the ongoing class action lawsuit against Nintendo, for Switch Joy-Con drift, asked PlayStation users with PS5 DualSense controllers to get in touch if they had experienced similar input device defects.  The online form asking for consumer experiences has obviously found a number of people experiencing DualSense drift issues, as Chimicles Schwartz Kriner & Donaldson-Smith (CSK&D) has now filed a lawsuit in the United States District Court for the Southern District of New York.

The primary plaintiff in the new lawsuit is Lmarc Turner, of Virginia, and other affected people can now join in - due to the class action legal mechanism. In the complaint, which was filed on 12th Feb, the plantiff describes the PS5 DualSense controller as defective. "Specifically, the DualSense controllers that are used to operate the PS5 contain a defect that results in characters or gameplay moving on the screen without user command or manual operation of the joystick," says the suit. "This defect significantly interferes with gameplay and thus compromises the DualSense controller's core functionality."

Backing up the claim that this is a product design defect, the complaint cites multiple similar issues described on social media platforms like Reddit, which includes videos showing the game spoiling controller glitch in action.

Adding insult to injury, the Sony helpline is said to make users jump through "a maze of pre-recorded phone prompts," and even if the controller is accepted for repair the user must pay postage and wait for days for a case to be turned around.

In Turner's case he bought a PS5 on 5th Feb 2021 and experienced DualSense drift on the same day. Sony customer services recommended a console reset, to no effect, and a frustrated Turner decided to buy another controller a few days later (US$69.99) so he could enjoy his new console.

The lawsuit asserts that if Turner had known of the drift defect prior to purchasing his PS5, "he otherwise would not have purchased the PS5, or would have paid substantially less for it". A jury trial is being requested, and the plaintiff is asking for money to cover "damages suffered, declaratory relief, and public injunctive relief".

As some note, Microsoft's Xbox controllers aren't immune to these kinds of problems and there is an ongoing class action lawsuit in the US concerning Xbox One controller 'stick drift'.