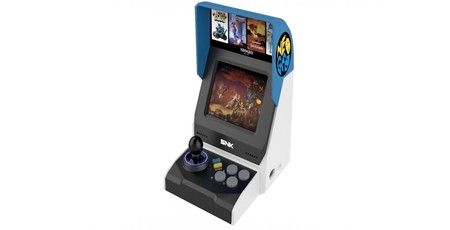 Founded in 1973 by Eikichi Kawasaki and incorporated in 1978, SNK entered the arcade game market a year later with Ozma Wars and launched its second title, Safari Rally, in 1980. The launch of shoot-'em-up Vanguard in 1981 and the establishment of a US operation in Sunnyvale, California, cemented the company's success in the market, and the launch of the Neo Geo Multi Video System (MVS) - a cartridge-based arcade cabinet which could switch between multiple games, in the style of Nintendo's PlayChoice 10 and Sega's Mega-Tech - made it a common sight in arcades around the world.

The Neo Geo MVS was soon followed, however, by the Neo Geo Advanced Entertainment System (AES), an attempt to put the same technology that powered the company's arcade cabinets into a home console. Initially limited to rental and corporate sales owing to the high price of its internals, the Neo Geo AES would eventually hit the home market but at a sky-high asking price - $649.99, far higher than any other console on the market at the time - that would spell commercial failure.

A lack of sales doesn't stop something from becoming a niche hit, however, and the compatibility between the Neo Geo MVS and AES means true arcade gaming in the home at a time when such things were otherwise impossible. As a result, it should be no surprise to find out that the Neo Geo has a cult following - and it's this following SNK is hoping to target when it launches a miniaturised Neo Geo MVS arcade cabinet later this year.

Designed to mimic the tri-colour version of the MVS cabinet with its screen-shading hood, the Neo Geo Mini swaps the dual-joystick layout for a single joystick and buttons in front of a 3.5" LCD panel in the original 4:3 aspect ratio. An HDMI output is included for big screen gaming, while multiplayer is supported through external joypad controllers based on the ones supplied with the original Neo Geo AES. An official games list has yet to be announced, though a version leaked on social networking sites features 40 titles including five entries in The King of Fighters series, six in the Metal Slug series, and three in the Samurai Shodown series.

The Neo Geo Mini isn't SNK's first attempt at relaunching the device, following the release of the Neo Geo X in 2012 - a convertible handheld console, launched before Nintendo unveiled its Switch boasting a similar design, which suffered from a poor-quality display and questionable emulation and was not a success.

SNK has not yet shared a release date or pricing for the Neo Geo Mini, though if the company is serious about making it a true 40th anniversary celebration then it would be due to land on July 22nd 2018 - exactly 40 years after SNK's incorporation. 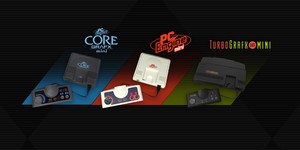 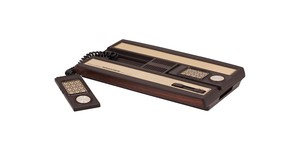