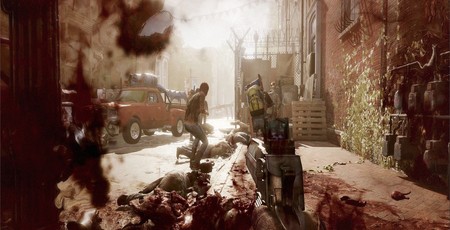 Gaming giant Starbreeze Studios has warned investors that it won't be hitting its full-year financial target, and admits that it is going to have to 'reduce costs and sharpen [its] focus on core business' - having already backed out of its commitment to a joint venture with Acer on arcade-style virtual reality (VR) hardware.

In a financial report published by the company late last week, Starbreeze Studios warned that it would not be hitting its targets for the 2019 financial year. The issue, chief financial officer Sebastian Ahlskog claims, is a poor take-up of Overkill's The Walking Dead, an effort to take the zombie-themed comic-and-TV franchise into the world of the first-person shooter developed by Overkill Software and published by Starbreeze Studios.

In the warning, Ahlskog claims that 'initial sales revenues from the game are lower than expected,' thanks in no small part to the bulk of game sales taking place in regions including China and Russia where average selling price (ASP) is low and margins lower. 'This is disappointing, of course, but we have a base to work with in regards to the number of games sold,' Ahlskog continues. 'We have a pulse of concurrent players, which is essential to future performance within the framework of our Games as a Service concept. The team is working at full capacity to deliver improvements to the game and new content, and Season 2 will be starting soon.'

The company's financial troubles are further extended by a delay to a $10 million licensing payment from 505 Games, for the console publishing rights to the title, which have been pushed outside the company's fourth quarter revenue window. Accordingly, Starbreeze has confirmed it is taking action: 'We have initiated a review of our costs to ensure better alignment with our revenues,' Ahlskog explains. 'We are designing a program towards that end, naturally while keeping a careful eye on revenue development. We must focus on our core business and ensure delivery of the company's important games.'

A return to focusing on its core products suggests that money is getting tight at the company, and promises of 'significant cost savings during the full year 2019 compared to 2018 mainly in non-core business' spells bad news for any efforts the company has decided are non-core - including, potentially, System Shock 3, into which it has already ploughed nearly £10 million for the rights to publish the title on PC and consoles. This follows the company's decision in October last year to pull funding out of its StarVR joint venture, leaving partner Acer holding the bag.

Starbreeze's full announcement is available on the company website.