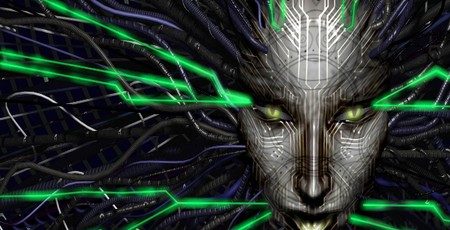 The crowdfunded reboot of System Shock, the classic cyberpunk franchise from Looking Glass Technologies, is on rocky ground following an announcement from developer Nightdive Studio that the project is on hiatus - and backers are, predictably, unimpressed.

The closure of Looking Glass Studios left the System Shock franchise - the spiritual precursor to the BioShock franchise and Prey reboot - in the hands of insurance companies, and it wasn't until 2013 that fan Stephen Kick would track them down and secure the rights for a relaunch starting with the re-release of System Shock 2 and an Enhanced Edition of the original System Shock. By 2015 Kick had gone public with plans to take the franchise further, announcing plans to remake the original game in a modern engine and teasing a true sequel which would include input from designer Warren Spector.

In 2016 Kick announced that System Shock: Remastered would be taking to the Kickstarter crowdfunding platform, and by the time the campaign closed over $1.35 million had been raised from 21,625 backers buying in to Kick's vision of a polished remake with up-to-date graphics and physics.

Sadly, the latest update on the project has brought bad news. 'In June of 2016 we launched a Kickstarter campaign to make the vision into a reality. It was tremendously successful with over 21,000 backers contributing over $1.3 million to the campaign. We put together a development team and began working on the game. But along the way something happened,' explains Night Dive founder and chief executive Kick of his company's developmental issues. 'Maybe we were too successful. Maybe we lost our focus. The vision began to change. We moved from a Remaster to a completely new game. We shifted engines from Unity to Unreal, a choice that we don’t regret and one that has worked out for us. With the switch we began envisioning doing more, but straying from the core concepts of the original title.

'As our concept grew and as our team changed, so did the scope of what we were doing and with that the budget for the game. As the budget grew, we began a long series of conversations with potential publishing partners. The more that we worked on the game, the more that we wanted to do, and the further we got from the original concepts that made System Shock so great. Ultimately the responsibility for the decisions rests with me. As the CEO and founder of Nightdive Studios, a company that was built on the restoration of the System Shock franchise, I let things get out of control. I can tell you that I did it for all the right reasons, that I was totally committed to making a great game, but it has become clear to me that we took the wrong path, that we turned our backs on the very people who made this possible, our Kickstarter backers.'

Kick's solution, in the short term, is to 'put the team on a hiatus while we reassess our path so we can return to our vision'. Kick has claimed this represents a break, rather than an outright cancellation, and that the project still has legs - though has not addressed unconfirmed reports that mission creep has eaten up the majority of the funds raised, leaving little in the coffers for continued development.

Backers, meanwhile, are unimpressed. Comments on the update include: 'Of all the games you could've "taken the wrong path" with, you chose one of the most beloved, most legendary, with probably the biggest fanbase to want a remake (save for Ultima perhaps), got a brilliant backing with a solid financial cushion, and turned it all into a disastrous, ever-changing project lacking focus and completely shifting the initial idea that have been promised to the backers to boot, to end with a "hiatus" after two years, and you only figured you've "turned your back on the very people who made this possible" when the biggest part of the money were gone;' 'As long as I get my money back;' 'I paid for a remaster, not a new product. This is a fundamental departure from the scope you sold to your project sponsors;' ' It sounds like the team was doing things on their own that you didn't know about, and when you found out you fired them all;' 'You've definitely thrown away all future crowdfunding credibility for your company;' and 'I feel sorry for the people who will lose their jobs down the track due to inept management.'

Neither Kick nor Night Dive have announced how the issues with System Shock: Remastered will affect System Shock 3, which in 2017 received nearly £10 million in funding from Starbreeze - a sum which dwarfs the funds raised in crowdfunding for the remaster. 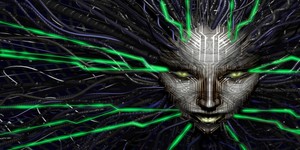 Building on the Unity engine.