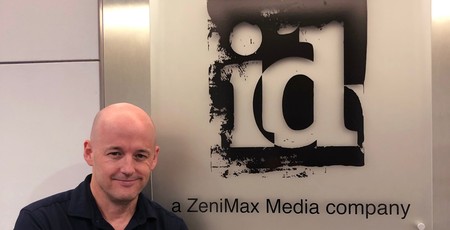 Tim Willits has announced he is leaving now-ZeniMax-Media-owned id Software after 24 years, saying that he won't be revealing his destination until after QuakeCon later this month.

Tim Willits joined id Software in 1995, after having picked up creating levels for seminal first-person shooter Doom in his spare time. Since then, he has risen through the ranks at considerable speed: After working on games including The Ultimate Doom and Quake, Willits was invited to take the role of lead designer on Doom 3 and executive producer for Quake 4. His early joining led to a position as co-owner, which was given up in favour of the role of studio director when ZeniMax Media acquired id Software in 2009.

In 2017 Willits came under fire for claiming to have invented the concept of 'multiplayer maps' - game levels which are only accessible in multiplayer mode - in an interview with PCGamesN. 'I came into the office one day and talked to John Romero and John Carmack. I said "I’ve got this idea. I can take these map fragments and I can turn them into multiplayer-only maps, maps you only play in multiplayer." They both said that was the stupidest idea they’d ever heard. Why would you make a map you only play multiplayer when you can play multiplayer in single-player maps? So I said "No, no, no, let me see what I can do." And that’s how multiplayer maps were started. True story.'

Willits' claims were rejected by former colleagues John Carmack, American McGee, and John Romero, the latter penning a blog post stating that the alleged discussion 'never happened' and that 'we had been playing multiplayer-only maps in Doom for years already.' Willits replied via Instagram with a video of one of the discussed 'map fragments', stating that 'I stand by what I said and I'm not wasting my time on this anymore [sic]. Now I am getting back to working on the newest Quake game.'

Now, having served as studio director for the ill-received Rage, the well-received Doom reboot, early-access title Quake Champions, and upcoming games Rage 2 and Doom Eternal, Willits is calling it a day and moving on from id Software after 24 years at the company.

'After 24 years, I’ve decided to leave id Software after QuakeCon. I’ve been extremely lucky to work with the best people in the industry on truly amazing games,' Willits announced via Twitter, referring to id Software's annual convention which takes opens on July 25th. 'QuakeCon has been an unbelievable part of my journey and I look forward to seeing everyone at the Gaylord Texan.

'All of the games currently in development are in very good hands, my departure will not affect any planned releases. id Software is packed full of amazing talent that will continue to develop (long into the future) some of the best shooters in the world. After QuakeCon I will announce my future plans, where I am going, and what new exciting things I am doing. Stay tuned.'

Id Software has yet to announced Willits' replacement as studio director. 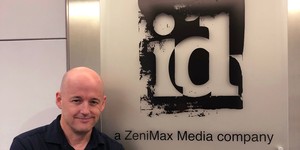 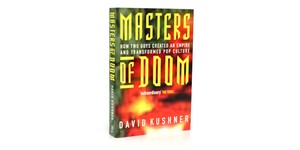