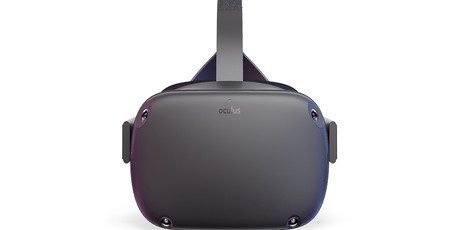 Announced during the keynote presentation at Oculus Connect 2018, the company's fifth annual conference, Oculus Quest is described as an all-in-one standalone six-degrees of freedom (6DOF) virtual reality headset. Based on an inside-out tracking system dubbed Oculus Insight, the headset requires no separate sensor stations to track the user's movements.

In concept, then, the Oculus Quest is closer to the self-contained Oculus Go, which combines inside-out tracking with what is effectively the guts of an Android tablet to provide a self-contained all-in-one virtual reality environment, than the company's flagship Oculus Rift tethered PC-compatible headset. Previously under development as Project Santa Cruz, the headset comes equipped with a pair of Oculus Touch controllers modified to suit the new tracking system, the same display as the Oculus Go but with improved interpupillary distance adjustment, and built-in speakers.

While full details of the device's capabilities, including its storage space for games, have yet to be released, Oculus' Hugo Barra positioned the Quest as being a considerable upgrade from the Go: Its tracking, Barra claimed during the keynote presentation, supports motion over a play space of at least 4,000 square feet, while developers were told of the ease with which titles can be ported from Oculus Rift to Oculus Quest - suggesting considerably more processing power than the relatively weak Oculus Go.

Oculus VR has confirmed a Spring 2019 launch date for the Oculus Quest, with US pricing set at $399 - likely to translate to £399 in the UK, inclusive of VAT. Interested parties can register for more information on the official website. 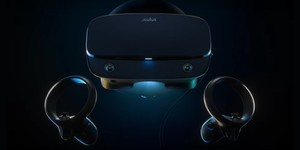 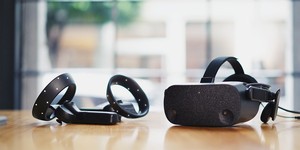