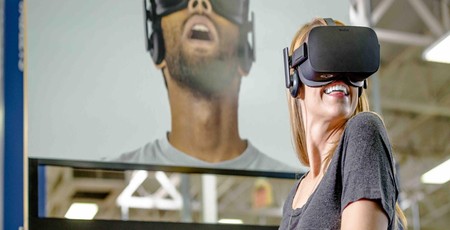 Facebook-owned Oculus VR has announced that it is to mandate the use of Microsoft's Windows 10 operating system for future features on its Oculus Rift headset and associated software ecosystem, dropping its development support for Windows 7 and Windows 8.1.

Launched to considerable interest on crowfunding platform Kickstarter and later acquired by social media giant Facebook, Oculus VR's Rift platform goes toe-to-toe with rival PC-based virtual reality system HTC Vive and Sony's PlayStation-tethered equivalent. While the company is looking to branch out from requiring a gaming PC, recently launching the Oculus Go standalone headset based on work it had done with Samsung for the smartphone-powered Gear VR headset, PC gaming is still very much a key focus - and from now on it's going to require its users to be running Windows 10 if they want the latest features.

'Across the Oculus Platform - Rift, Touch, and our core system software - we’re continuously working to upgrade and advance the PC VR experience for everyone. Doing so requires taking full advantage of the latest technology,' the company claims in a blog post announcing the change. 'That’s why, as of today, we’re updating our minimum and recommended spec OS to Windows 10 to power the full Rift experience. Windows 7 and 8.1 users are still supported for the Rift features they know and love today, but they may not be able to use many new and upcoming features and apps. We encourage everyone who isn’t already running Windows 10 to upgrade now to avoid missing out on what’s next.'

According to Oculus VR's internal figures, the number of people running a Rift who have not yet upgraded to Microsoft's latest operating system is relatively small: 95 percent of 'active Rift owners' are already on Windows 10, the company claims, leaving just five percent on older releases. Figures from the latest Steam hardware survey, which only detects VR headsets that are plugged into the system at the time the survey is conducted, suggest that could mean at least 5,000 users affected by the change.

'Rift owners whose PCs aren’t running Windows 10 may find their systems are incompatible with some new apps and games,' the company adds. 'You’ll still be able to get the same VR features and functions you have today, including things like responding to platform notifications, interacting with friends on the platform, managing your device, and running VR apps that don’t require Windows 10. You can still use Windows 7 and Windows 8 with most of Rift Core 2.0’s core functionality, but things like Oculus Desktop require Windows 10, as does the ability to run Dash as an overlay.' 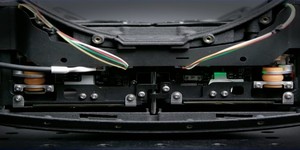