Xbox One will work without Kinect

Microsoft has stated that the Xbox One will work without the Kinect plugged in.

Previously, the company had said that the console would require the motion sensor and voice recognition hardware that will be bundled with the machine to be plugged in at all times.

The decision to change this was taken after several people had expressed concern over this feature, being uncomfortable with the idea that the Xbox One would always be watching and listening to them, even if the Kinect was not being used.

'The thing we all understood and hence this change, is that there are some scenarios where people just may not be comfortable. We wanted people to be 100 percent comfortable, so we allow the sensor to be unplugged,' Microsoft senior executive Albert Penello wrote on NeoGAF.

As well as functioning without the Kinect plugged in, the device's features can also be completely turned off in the Xbox One's settings which would also stop the sensor from collecting any data.

Microsoft is still working hard to promote the updated Kinect module and still insists that it is a better way to navigate the interface of the console.

'It makes gaming better in many ways, from the ability to say "Xbox On" and get right to your personalised home screen to the ability to control your TV through voice, Smartglass and more,' Xbox One chief product officer Marc Whitten told IGN.

Despite the move to decouple the Kinect from the Xbox One's functionality, it still appears that the device will be bundled with the console, something which undoubtedly pushes the Xbox One's price point up to its £429 mark.

Microsoft has also changed its mind about how the Xbox One deals with used games and sharing titles between friends after receiving a massive amount of fan backlash from its E3 reveal.

Previously using a DRM system to keep track of what games you owned but also allowing you to play those games without the disc in the tray, the company decided to switch back to a more traditional system allowing for straight forward sharing and trading of games.

The Xbox One is expected to hit UK stores at the end of November. 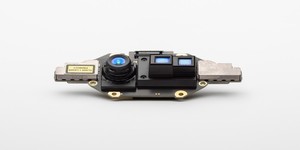 Microsoft has expressed its support for flailing UK studio Rare.