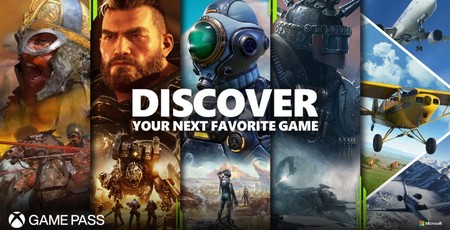 At a pre-E3 briefing, Microsoft has taken time out to talk about how it will expand the audience and appeal of its Game Pass subscription. Soon, owners of modern internet connected TVs will start to see Xbox / xCloud apps appear in their app stores. Additionally, the service is going to be made available in more world regions at appropriate price points, in more ISP bundles, via more internet browsers, and via Microsoft provided streaming hardware. "We need to innovate to bring our games and services to more people around the world," said Microsoft's CVP of gaming experiences and platforms, Liz Hamren. This will take creativity, particularly with introducing new Xbox Games Pass subscriptions suitable for worldwide consumption, she added. However, the rewards will be worth it as "Game Pass works," asserted Hamren. "It works for consumers, and it works for publishers."

Probably the first upcoming evidence of Microsoft's Game Pass push will be the arrival of the xCloud enabled apps for a range of connected TVs. That is said to be happening soon. The related streaming hardware which has now been confirmed doesn't have such a clear timetable for rollout. All that will be needed for smart TV / xBox streaming device owners is a suitable Bluetooth controller.

Another imminent expansion of available xCloud streaming possibilities is its arrival for Edge, Chrome, and Safari internet browsers, which is timetabled to occur in the next few weeks. Moreover, games streaming capabilities are going to be added to the Xbox app for PCs and integrated into the console – which will enable experiences such as "try before you download".

Microsoft's Xbox Game Pass starts at $9.99/£7.99 and offers a library of over 100 games including all Xbox Game Studios titles at launch. The most recent figures suggest there are over 18 million subscribers to the service.