Microsoft has formally announced launch details for the Project Scorpio console, now to be known as the Xbox One X and launching this November priced at £449 including VAT.

Formally announced back in April, the Xbox One X represents a ground-up, mid-stream hardware refresh for Microsoft's flagship gaming console and is positioned to better Sony's rival PlayStation 4 Pro (PS4 Pro) in almost every area. Compared to the original Xbox One or its slimline Xbox One S refresh, the Xbox One X is a considerable upgrade: The eight 1.75GHz AMD Jaguar CPU cores are now upgraded and running at 2.3GHz, the 12 853MHz Graphics Core Next (GCN) compute units - boosted to 914MHz on the Xbox One S - now number 40 running at 1.172GHz, and the 8GB of DDR3 with 32MB ESRAM on-processor chunk has now been replaced with 12GB of GDDR5 of which 9GB is available to games.

According to Microsoft's keynote presentation at the Electronic Entertainment Expo (E3) this weekend, the Xbox One X will offer native Ultra HD (UHD) gaming and media playback while also boosting existing titles' load times, improving frame rates, and increasing texture quality - providing developers release updates to enable these features, of course. Games confirmed as being given support for the Xbox One X's improved hardware include Gears of War 4, Forza Horizon 3, Resident Evil 7, Final Fantasy 15, Tom Clancy's Ghost Recon Wildlands, and - surprisingly - Minecraft. Many of these, Microsoft's Phil Spencer claimed, will receive updates to run in 'true 4K', though which was not specified.

At the same time, Microsoft confirmed that it is to add three-generation compatibility to the Xbox One family: Where the current backwards compatibility system offers support for selected Xbox 360 games on the Xbox One, the extended version will bring support for original Xbox games - starting, Spencer revealed, with fly-'em-up Crimson Skies.

The Xbox One X, which is impressively even smaller than the already compact Xbox One S, is due to launch on November 7th priced at £449 (inc. VAT). 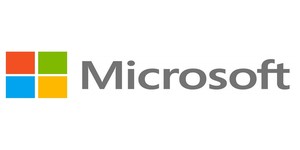 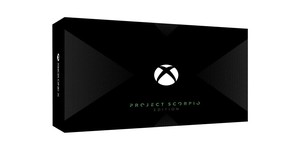