Xbox UK boss Neil Thompson has stated that he thinks that the PEGI rating system does a better job of rating videogame content than the BBFC.

Since Manhuntgate there has been a renewed interest in game rating systems and the Government has enlisted TV-psychologist Tanya Byron to investigate the effect of videogame violence in an upcoming report.

"We made it very clear to the Byron Report team, both as an industry and as Microsoft, we strongly believe that PEGI has a lot more benefits for customers, parents and for everyone involved in the industry really," Thompson said in an interview with GI.biz.

Thompson pointed out that while PEGI rated almost 2000 games last year, the BBFC only rated 100 - a figure not including Manhunt 2 since it was flatly refused a rating at all.

"PEGI has been established for quite a few years now as the industry standard, so the industry has got behind it and invested a lot of time and effort in it, and it offers a level of in-depth information as well as a level of expertise to be honest, that the BBFC doesn't...There's just a scale difference in terms of industry knowledge and industry insight that goes into these things."

The BBFC meanwhile continues to complain that the images used by the PEGI rating system aren't clear enough for parents. What do you think? Let us know in the forums. 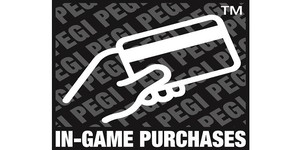 The judge presiding over Jack Thompson's disbarment case has recommended that he be considered for a permanent disbarment.

Electronic Arts has voiced concerns that the new rating systems outlined by the Byron report may cause delays in UK releases.