German PC enthusiasts get their hands on Rocket Lake 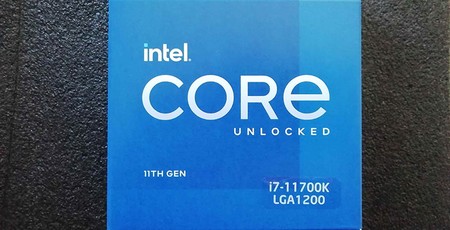 German retailer Mindfactory has sold 120 Intel Core i7-11700K CPUs this weekend. According to German tech media reports (Mindfactory is a big etailer on the continent), the Rocket Lake processors became available to order on Friday and sold out on Sunday. Other retailers in Germany listed and withdrew RKL-S chip sales but Mindfactory's management told its staff to continue. We don't know if sales stopped at 120 due to stock running out or Intel speaking up. Another theory is that Intel let Mindfactory sell a bunch of processors as some kind of marketing stunt.

Above you can see the Mindfactory listing while it was still live, via HardwareLuxx. Visiting the retailer today shows that 120 units were sold and so far none have been RMAed (of course - it's too early for that). However, some have taken delivery of their new Core i7-11700K CPUs already, and the forums of various German tech sites are bristling with insights, info and benchmarks. Other jaded souls have shoved their eagerly bought hardware straight onto eBay for scalper's lucre. From the Mindfactory spill we know quite a bit more about the Intel Core i7-11700K for sure, though it aligns closely with leaked details. The 11700K is an octa-core 125W CPU supporting sixteen processing threads, with a 3.6GHz base clock, and a boost clock of 5.0GHz. Other details confirmed by consumers are that the processor has 20 PCIe 4.0 lanes, sixteen for graphics and four for SSD storage.

Luckily for the buyers of these CPUs, Intel already let its partners release Z590 enthusiast motherboards ahead of the expected official late March release date for these CPUs. Thus, some users have already pushed the processor to 5.2GHz all-core boost without particularly esoteric cooling. However, it is still early days for the platform with probable BIOS updates available to coincide with release and deliver various platform tweaks, changes, and improvements.

Cinebench R20 seems to be the most commonly run benchmark so far with these new Intel Core i7-11700K CPUs. These tests seem to show a near 20 per cent 1T intergenerational performance uplift taking the Core i7-11700K much closer to the AMD Ryzen 7 5800X. The multi-core test shows similar gains and margin-of-error parity with that Ryzen CPU. Other testers were keen to check out PCIe 4.0 storage on the Intel platform.

The latest rumours point to a 15th March release date for the first Rocket Lake-S CPUs. It will be better to wait for the day-1 third party reviews than pay too much attention to these scraps, but the signs are that Intel is still competitive and might appeal, depending on gaming performance and price points. Remember though, that this is that last CPU family on LGA 1200, with the LGA 1700 Alder Lake CPUs later in the year expected to be much more important.