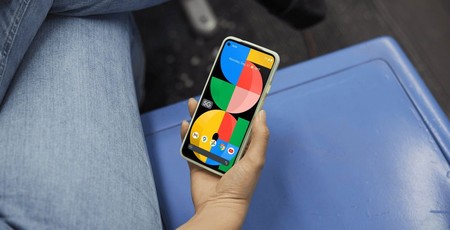 Google has unveiled the new Pixel 5a with 5G smartphone in videos and on official product pages on its US/Japan sites. This new smartphone brings some welcome upgrades in comparison to the Pixel 4a 5G, but one might have easily been underwhelmed if it wasn't for the price cut compared to its predecessor.

To make it easy for you to appreciate what is on offer and the changes delivered by the Google Pixel 5a, I have put together the comparison table, below. It is worth mentioning that Google describes the new smartphone in its product page headline as the 'Pixel 5a with 5G' but most of the time it just calls it the 5a. The previous Pixel 4a came in two distinct versions, with the Pixel 4a 5G being somewhat bigger than the plain 4a, and it came with a rear dual-camera system like the new 5a – making it a much closer comparison.

With the new 4,680mAh battery you should easily get through a busy day with the Pixel 5a, with ample battery life left, some will even be comfortable charging every other night. Google puts it another way – "your phone charger is going to miss you". Furthermore, the 'Extreme Battery Saver' mode is available to stretch out the battery life if you need it. There is an 18W charger in the box, but Google says this is the last gen phone where it is going to pack a charger.

The new Pixel 5a's hole-punch OLED display is a smidgeon larger, at 6.34-inches in diagonal, but it maintains the pixel density by raising the resolution to 2400 x 1080 pixels. Like the previous model, this screen is covered in Gorilla Glass 3. Some expected a refresh rate boost would be delivered to the screen, but no, it is still a 60Hz panel. Water and dust resistance is a nice feature to have, especially if you or anyone in your family has had an expensive repair bill or had to replace a non-IP-rated smartphone that has been dunked. I have just paid out £100 to get a family member's drowned Pixel 3a fixed – the price was on the verge of not being worth it, but the repair shop preserved all the data, logins, and so on, which was convenient, as well as replacing a charging port that had melted a bit at the New Year.

Last but not least, Google has managed to price the new Pixel 5a at $50 less than the 4a 5G at launch. This is a good move in the face of stiff competition from both lesser-known Android brands and the likes of Samsung, Nokia, and Motorola.

The Google Pixel 5a is available for pre-order now in the US and Japan. It appears to be a (timed) exclusive in those territories, according to the descriptive blurb for the YouTube promo video embedded above.

Are Bit-Tech readers attracted or disappointed by this new Google Pixel 5a?