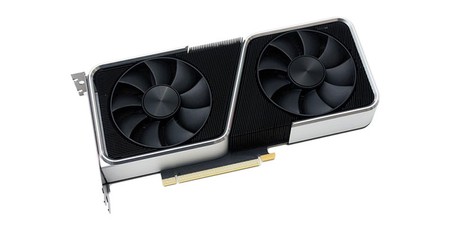 There is plenty going on in the GPU world at the moment with AMD Radeon RX 6000 graphics cards being launched, as Nvidia pushes forward with another wave of GeForce RTX 30 products. With the AMD Radeon RX 6900 XT fresh out of the launch gate, surely it is Nvidia's turn next, and it looks like it will not only continue to march lower in the stack but insert a few RTX 30 high-end tweeners too.

Over recent hours there have been clear clues of new Ampere-based graphics card variants being prepared by Nvidia. The first we will look at is a Eurasian Economic Commission (EEC) filing from Hong Kong based Manli.

A number of other sources are pointing to HP OEM driver references as evidence of new GeForce RTX 30 cards being imminent. TechPowerUp, for example, says that an HP OEM driver makes reference to quite a number of unreleased graphics cards from the green team.

Digging through the driver references can be decoded to indicate that HP's driver is designed to support a number of hitherto unknown graphics cards such as the: RTX 3080 with 11GB, and another with 12GB of VRAM; an RTX 3080 Ti; an RTX 3070 Ti; and even an entry level RTX 3050 graphics card – as well as a number of mobile GPUs.

Hopefully with the deluge of new models incoming it will mean supplies start flowing better – as long as the rumoured GDDR6 shortage doesn't spoil the party.