Humble to limit charity bundles split to 15 per cent 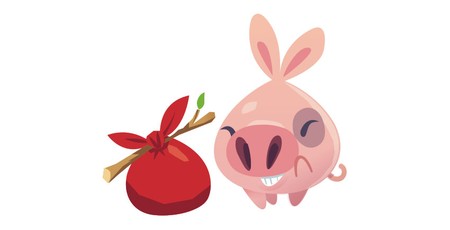 Humble Bundle is implementing a change to its signature 'choose where your money goes' choice for bundle customers. I'm sure many readers, like me, have bought bundles from this site in the past and pondered over the sliders as part of the shopping experience. Sometimes I think I have bought games / bundles that I wasn't even that keen on, to squirrel things away in my Steam library for a rainy day and simultaneously feel a little charitable. Now the Humble Bundle Team is seeking to erase this special character of the store.

Seasoned Humble Bundle shoppers will be familiar with the sliders at checkout where you get to decide the revenue split between Humble Bundle – the developer – and charity. Sometimes the choice was even more granular, in addition to the 'pay what you want' ethic, the charities section could have a further set of split sliders to help you steer cash to your favoured causes. Bundle shoppers were free to push the sliders to the extremes, allocating the full purchase price to charity for example, but when you popped the sliders open the splits were more fairly allocated.

About a month ago Humble decided to trial hiding the sliders for some bundle customers but didn't inform anyone of the whys and wherefores regarding this decision. In a blog post it apologises for that opacity and takes the wraps off this new slider-zapping checkout system.

Under the new system purchasers will be paying 85 per cent of a bundle's pay-what-you-want price tag to publishers, 5 per cent to charity, and 10 per cent to the Humble Bundlers – by default. However, there is one more option in the drop-down menu, dubbed 'Extra to Charity' which triples the charitable portion to 15 per cent.

The Humble Bundlers explain the change as one that will allow them to "create and expand bundles that power incredible causes around the world". Perhaps some devs are frightened by the consumer power that could see their revenue spilt reduced to zero and avoid participating in charity bundles due for this reason – they aren't running charities… Other games purchases on the Humble Store and its Humble Choice subscription have never given this slider allocation freedom to customers, so the bundles are now coming closer in line to them. The change will be implemented in "late May".

The Humble Bundle site has raised $195 million for charity since launch a decade ago. IGN, a subsidiary of Ziff Davis acquired the digital storefront in 2017.