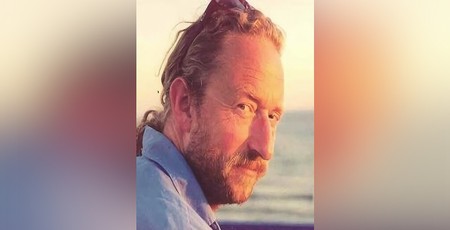 Industrial designer Rick Dickinson, best known for his work with Sinclair Computers on the ZX and QL families of microcomputers, has passed away following a battle with cancer.

Having joined Sinclair Research, as the company was known at the time, in 1979, Rick Dickinson became the in-house industrial designer for the company's range of microcomputers, starting with the ZX80 - the first commercial computer to hit the market at less than £100. Rick's design work for the company continued with the successor ZX81, then hit the big time with the colour ZX Spectrum - a machine which Sir Clive Sinclair had hoped would form the basis of the BBC's computer literacy programme, but was pipped to the post by rival Acorn's machine.

While the Sinclair QL proved an ill-fated follow-up to the highly successful Spectrum, Dickinson's design ensured it would be an iconic sight, and its keyboard still inspires modern systems today. When Amstrad acquired the rights to the Sinclair computers, Dickinson would continue to design systems while also working for Sinclair to design the Cambridge Computers Z88 laptop system. Dickinson's designs can also be found surrounding devices as diverse as medical equipment, telescopes, the first GSM-compatible mobile phone, and the Gizmondo handheld games console.

'Our web designer, as I say it was quite a long time ago now, came in one day and he was wearing a Spectrum T-shirt. I thought “god, where did he get that from?",' Dickinson recalled during a 2014 interview published in full for the first time today. 'He said “I bought it on Camden Market this weekend,” I said “what do you mean this weekend?!” He opened my eyes to this massive following of all things… Well, not all things Spectrum but many things Sinclair certainly: the Spectrum, the QL, even the ZX81.

'I know a lot of software engineers and designers and people involved in electronics generally really cut their teeth on Sinclair products and it really set them on course, as it were. It was one of those things where you could have had any other hobby, but there may have been no career path for it. But somehow the career path created itself. You know, your hobby could have been gluing Airfix kits, but where’s your career path? So you’ve got a lot of these coincidences, and yeah, undoubtedly the Sinclair products helped enormously with that, you know, British software, British designers, British engineers. I go to companies all over the world, certainly I used to more than I do now, and there’s a Brit everywhere, and chances are he learnt on a Spectrum or a ZX81, and it’s just incredible, it has influenced the world, really.'

In 2015 Dickinson was diagnosed with cancer, and while treatment appeared to be successful he relapsed in early 2017. Additional treatment at a specialist clinic in March this year was sadly unsuccessful, and his wife Lizzy Dickinson confirmed today that he passed away quickly and suddenly in his Texas apartment earlier this week. 'Please take 5 minutes, raise a glass or 10, and think about the beautiful Rick, the one and only Viking and all the good times we have all had with him,' Lizzy Dickinson wrote in an email distributed to his many friends, family members, and colleagues. 'As they always say – but I do believe – he is watching over us and sends love to you all and is only sorry that he was not able to see you all before he left.'

Dickinson is survived by his wife Lizzy, mother Ursula, and daughters Grace and Daisy. His last design project, the ZX Spectrum Next, is currently entering production ahead of distribution later this year. Reborn after a 20-year hiatus.