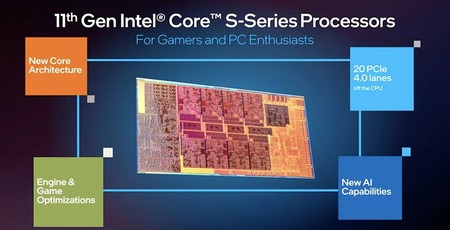 Bit-Tech reported upon the premature selling of Intel Rocket Lake-S desktop processors to PC DIYers in Europe earlier in the week. As a reminder, one of the biggest online tech outlets in Germany, Mindfactory, sold 120 boxed Intel Core i7-11700K CPUs starting last Friday, with some lucky buyers getting their hands on the goods at the weekend.

In a quest to find out what exactly happened – whether Mindfactory was simply in error or perhaps in cahoots with Intel in a PR stunt – HardwareLuxx editor Andreas Schilling squeezed a clarifying statement from Intel about the retail sales of the unreleased CPUs. Intel told Schilling that "We take our embargo agreements seriously. We are aware of a retailer selling unreleased products and are following up as appropriate."  Intel wouldn't go further and comment on the specific Core i7-11700K sales, however, surprisingly it apparently went ahead and announced that "The sales embargo for 11th Gen Desktop processors (Rocket Lake-S) is March 30, 2021 at 6 a.m. PT / 9 a.m. ET" (2pm GMT).

Intel has previously stated that Rocket Lake chips will be released in Q1, and it is leaving it until almost the last day of the month for some reason. Whether the review embargo on the new RKL-S processors ends on the same date remains to be seen. If you have any inkling that you could be interested in buying a new Intel processor for gaming it might be worth waiting a little longer not just for the release of RKL-S but a leaked Hitman 3 gaming bundle. The bundle T&Cs make it look like a wide range of 10th and 11th gen Intel Core processors, from Core i5 tier and up, will qualify for this treat.

Bit-Tech reviewed Hitman 3 in Late January and gave it a Bit-Gamer Excellent award.