Another day, another start-up looking to make a name for itself in the world of technology. Today it's the turn of Nextreme Incorporated, based in South Carolina. The company has plans to shrink Peltier coolers to the point at which they can be integrated on the chips themselves.

The idea is a modification of the current 'flip-chip' packaging, which uses pillars of copper as the connectivity between the core of the processor and the rest of the package. The plan is to turn these connecting copper pillars into dual-use conduits and transfer both the electrical signal and heat at the same time by harnessing the Peltier effect. Perhaps the most interesting by-product of the process is the fact that the pillars, which Nextreme calls “thermally active copper pillar bumps”, can actually use the temperature differentials to generate electricity. During testing the company was able to generate up to 10mW of power per bump – okay, so it won't power your graphics card but it's still pretty cool.

If you're wondering what the technology is all about, Peltiers (or, to give them their proper name, “thermoelectric cooling devices”) are clever little devices that create a 'hot' side and a 'cold' side when powered. They're fairly popular among extreme overclockers, but are somewhat finicky and if the hot side isn't properly cooled have a tendency to release the magic smoke pretty quickly.

If Nextreme can deliver on the promise to shrink the technology down to the micro-miniature level required to build directly into hot-spots on the chip itself it could lead to faster copper chips than are possible using current technologies. The down side to all this is the requirement for the processor to be built around the new technology, as the package must incorporate an internal thermal sink for the transferred heat to go to – it's hardly a plug-and-play solution.

It's unlikely that any of the major chip manufacturers would take such a leap on an untested technology from an untried company – if it doesn't work as intended that's an entire chip line down the pan. That said, if it does work I could easily see the start-up being snapped up by one of the specialist embedded chip manufacturers, as it's in confined spaces where the technology could offer the most benefit.

Have you ever messed around with Peltier technology, or does the thought of a magic electric heat-transfer pad give you the heebie-jeebies? Give us a shout over in the forums. 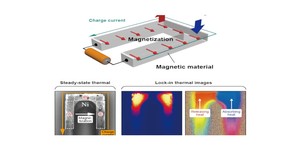