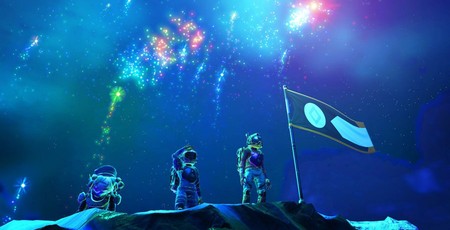 It is quite hard to believe, but it has already been five years since No Man's Sky launched. It was reviewed here on Bit-Tech in August 2016. Initially it had undeniable allure but was "a big game with big problems," according to Rick Lane. Unusually, we saw fit to revisit the title a year after release, and it was gratifying to see that it had been considerably improved. However, Hello Games hasn't stopped with a couple of updates and ironing out the wrinkles – since launch there have been 17 free update/expansions, many with piles of content. Earlier this year, the game got graced with Nvidia DLSS and a VR edition too.

To mark the fifth anniversary of the No Man's Sky launch, the official PlayStation blog has interviewed the founder of Hello Games, Sean Murray. Murray starts by explaining that his small team of and average size of 6 developers (climbing to 15 at launch time) took five years to realise the game, and the development efforts before and after launch make clear the team "cares so deeply for this game". The video above takes you through a stylised journey from launch through all the major expansions (see the 16 so far below) to a tease for what is coming next. The update/expansion coming soon is called 'Frontiers'. Murray tells the PS Blog that "Frontiers is something I’m very excited about," before expanding vaguely "In some ways it is just another update, but in other ways it’s a missing piece of the sci-fi fantasy that we've always wanted to add, and very fitting for our fifth anniversary." Sadly, that isn't a very meaty bone for fans of the game to gain nourishment from – but at least if it really ties in with the 5th anniversary of launch we shouldn't be waiting long for it to be further revealed / released (the game's worldwide Windows version release date was 12th August 2016).

If you like what you have seen so far of Hello Games, you will probably be happy to hear that it is working on another "huge, ambitious game like No Man's Sky".