Razer's presence at the Consumer Electronics Show (CES) in Las Vegas has been hit by disaster this week, with the company reporting the theft of two prototype devices from its booth.

Razer caught considerable attention at the Consumer Electronics Show thanks to the presence of Project Valerie, a triple-screen Ultra HD gaming laptop it claimed was no thicker or more cumbersome than a traditional single-screen 17in design. While the company was keen to show it off, it was quieter on topics surrounding pricing, release date, or even plans to bring it to market at all - and all that teasing appears to have been too much for at least one attendee.

'I've just been informed that two of our prototypes were stolen from our booth at CES today,' Razer co-founder and chief executive Min-Liang Tan wrote in a Facebook post published early this morning. 'We have filed the necessary reports and are currently working with the show management as well as law enforcement to address this issue.

'At Razer, we play hard and we play fair. Our teams worked months on end to conceptualise and develop these units and we pride ourselves in pushing the envelope to deliver the latest and greatest. We treat theft/larceny, and if relevant to this case, industrial espionage, very seriously – it is cheating, and cheating doesn’t sit well with us. Penalties for such crimes are grievous and anyone who would do this clearly isn’t very smart.'

Tan has not revealed precisely which prototypes were stolen, but the two main contenders are Project Valerie and a projector going under the name Project Ariana. Tan has asked anyone with information relating to the thefts to email legal@razerzone.com 'in the strictest of confidence'. 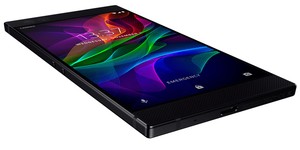