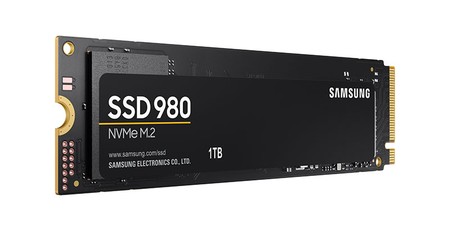 Retailers leaked Samsung's new DRAM-less SSD 980 NVMe devices a few days ago and today the South Korean tech giant's new storage devices went official. As you might guess from the name, the Samsung SSD 980 series are a close relative to the Samsung SSD 980 Pro devices but designed for affordability.

"Through both hardware and software innovations, our new 980 SSD brings greater value without compromising the high-end NVMe performance," said Kyu Young Lee, VP of the Memory Brand Product Biz team at Samsung Electronics. "The 980 offers an excellent blend of speed, power efficiency and reliability, making it suitable for everyday PC users and gamers as well as content creators."

As mentioned in the intro, Samsung has removed the DRAM cache in these NVMe SSDs to cut costs.  However, there are various other significant changes which are worth paying attention to – some of them have a big impact on the SSD performance too. Probably the other most significant change is the change from a PCIe Gen 4.0 x4 to a PCIe Gen 3.0 x4 interface.

According to Samsung its DRAM-less design won't be so disadvantaged as it has applied 'Host Memory Buffer (HMB) technology', which purloins some of your system RAM "to overcome any performance drawbacks". It says thanks to the use of the same sixth-generation V-NAND as the PRO range, as well as optimized controller and firmware, the SSD 980 range is capable of sequential read and write speeds of up to 3,500 and 3,000 MB/s, with random read and write performances rated as high as 500K IOPS and 480K IOPS, respectively. Unfortunately, those performance metrics look rather pale in comparison to the SSD 980 Pro (which boasts R/W speeds up to 7,000 MB/s, and 5,000 MB/s, and R/W IOPS up to 1,000K IOPS and 1,000K IOPS), but if you are more price than performance sensitive these new SSDs could still appeal.

With the SSD 980 range Samsung has introduced some useful sounding new hardware and software features. The drives feature the newest Intelligent TurboWrite 2.0 for sustained performance by using larger buffers, Samsung's Magician 6.3 software has a new 'Full Power Mode' for working with v large files or graphics heavy gaming, plus advanced thermal design of the SSD 980 includes Dynamic Thermal Guard technology with nickel-coated controller and heat spreader label solutions like the Pro series. Lastly this new line of consumer SSDs is claimed to feature improved power efficiency of up to 56 per cent when compared to the previous 970 EVO – an attractive point for laptop users.