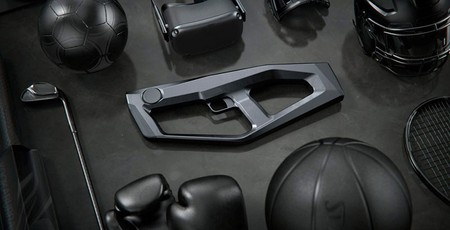 Striker VR makes high-end haptic VR guns for public-facing VR attractions such as Cinemark's Century 20 Oakridge location in San Jose, CA. Now the firm has raised US$4 million to help it develop and move to the consumer space.

VR-centric site RoadToVR reports that the Striker VR’s Arena Infinity VR guns are probably the most powerful it has tested in VR experiences. The haptics inside these VR accessories have a range and power to tackle any sensation from a sci-fi blaster charge-up to a powerful petrol chainsaw buzz. However, that versatility and power comes with a price – hence the restrictions to the corporate and enterprise markets until now.

With funding in place, Striker VR intends to double its workforce over the next year and has already teased some industrial designs for its first consumer product. The pictures above and below show a uniquely shaped blaster (which shouldn't be such a problem at airports) which includes trackpads either side of the foregrip and also appears to show capacitive inputs above the trigger area. At this early stage we don't know how the Striker VR consumer blaster will integrate with various consumer VR systems from the likes of Oculus, HTC, Valve etc. There are worries the high-end haptics could be diluted to lower costs, but the company asserts the consumer devices will pack "more haptics than any controller ever produced".

Expect the Striker VR consumer VR gun to cost under $500, perhaps significantly less, depending on the work in the coming months. We don't have availability details, but further announcements are planned ahead of the release.