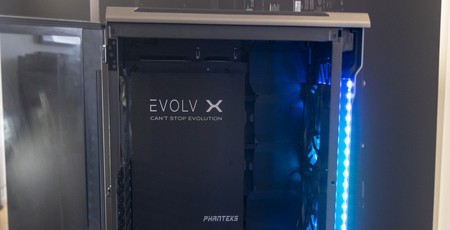 Phanteks has unveiled the Evolv X mid-tower case at Computex 2018, and it’s set to launch in August this year for $200.

Coming in three colours – matt black, silver, and anthracite grey – the Evolv X has dual tempered glass doors for side panels. Inside is a clean layout with a PSU shroud, and Phanteks has consciously done away with rubber grommets for cable routing after considering them too messy. In their place is a series of sliding plastic brackets that hide cables from view in the main chamber, and a pair of flip-out cable management brackets on the other side where the majority of wires will be stashed. Addressable RGB strips adorn the front (two strips of 15 LEDs each) and the PSU shroud (single 30-LED strip), with the latter visible through the side window. Pleasingly, a USB 3.1 Type-C connector is included on the front I/O panel. 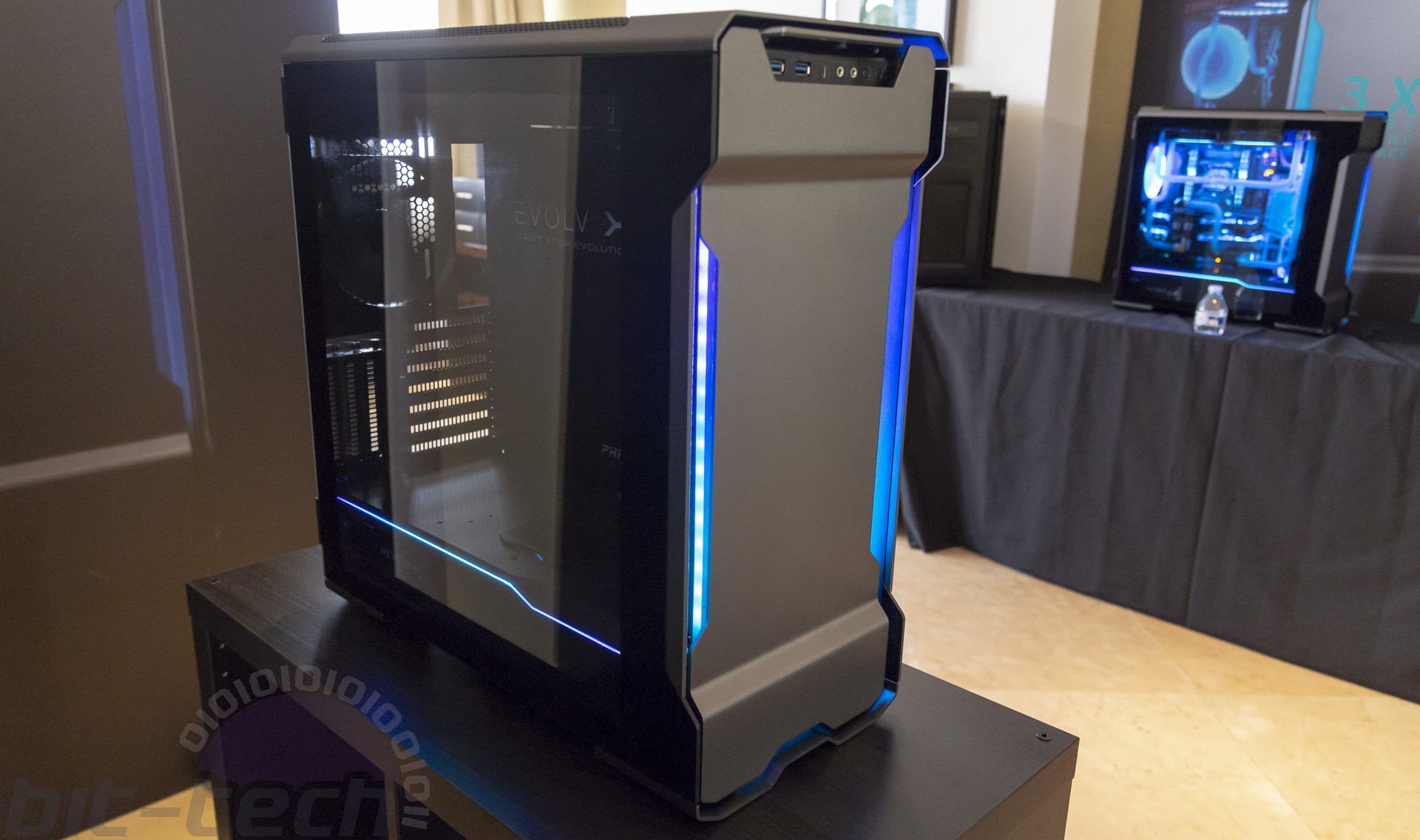 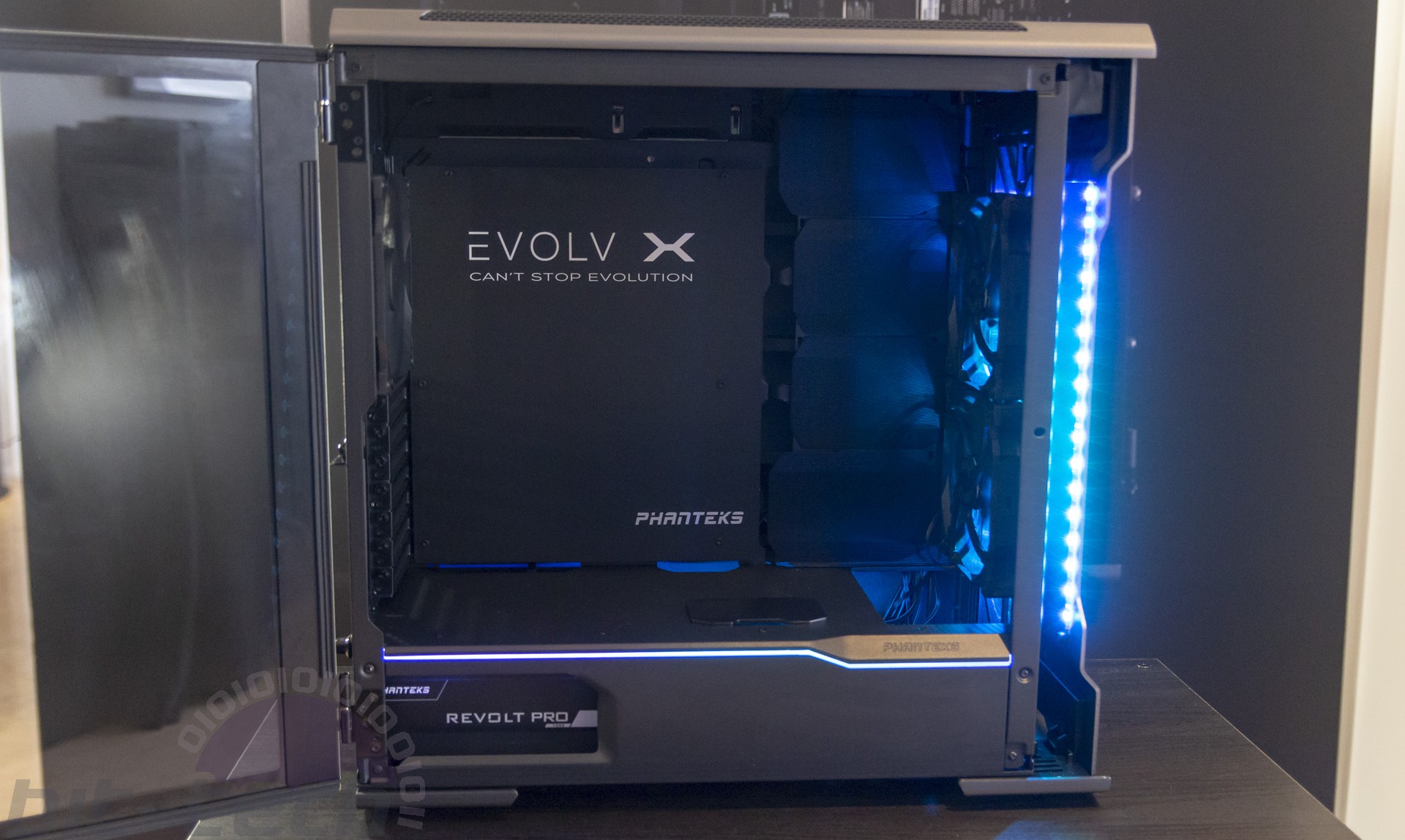 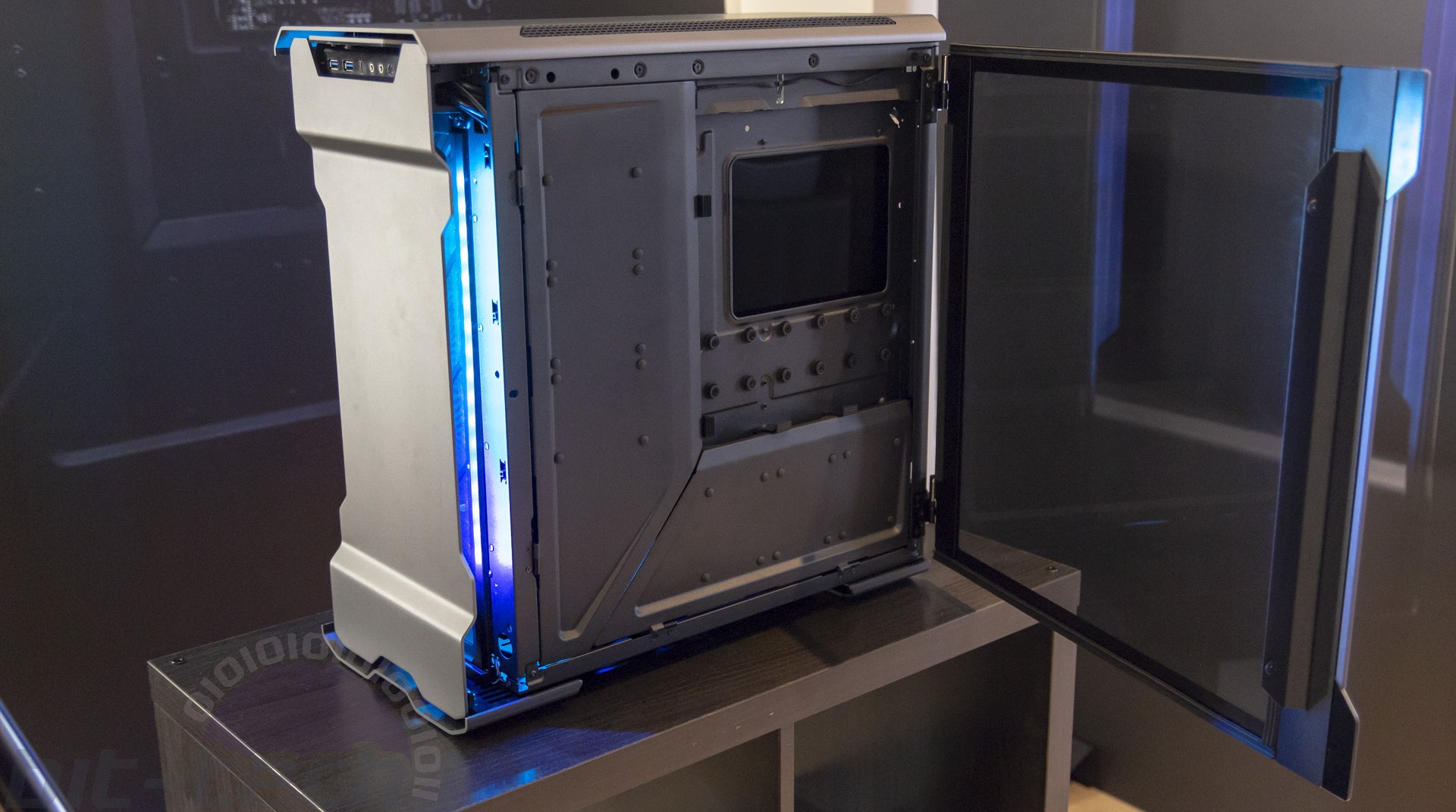 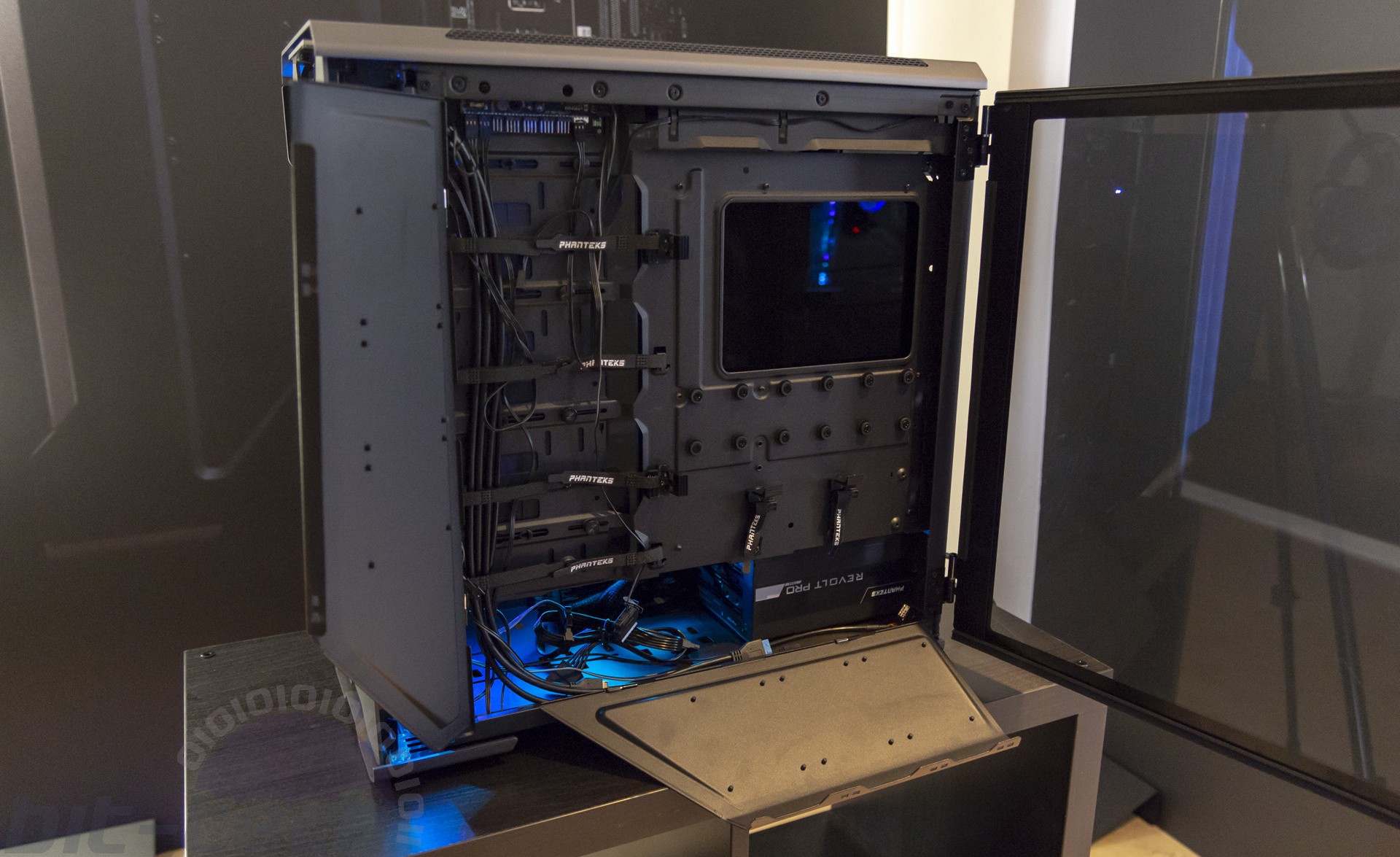 The Evolv X supports six SSDs and four HDDs (or more SSDs) by default on various brackets. This can be expanded to nine and 10 respectively with additional trays bought separately. Vertical GPU mounting is supported too, but you’ll need to get a riser cable separately 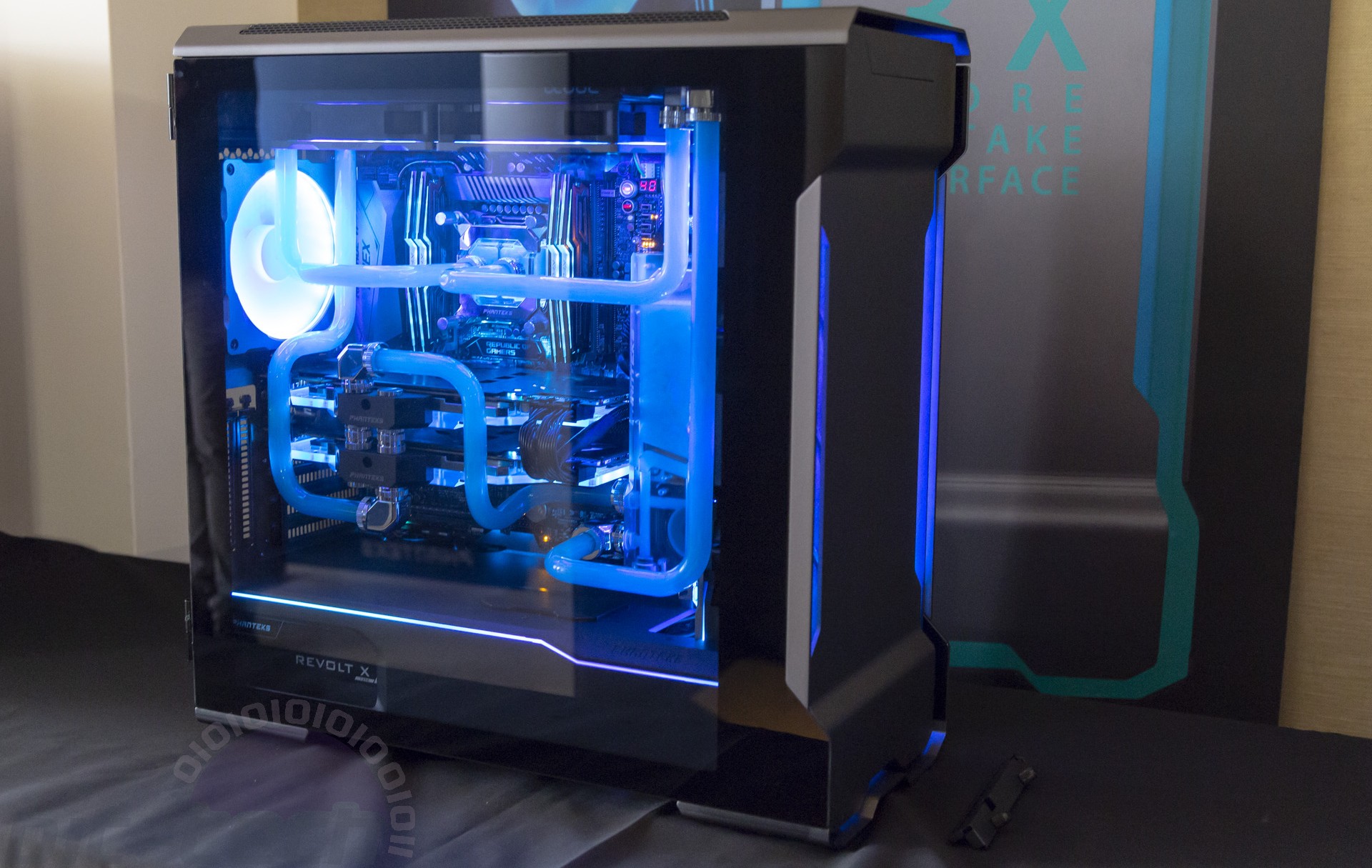 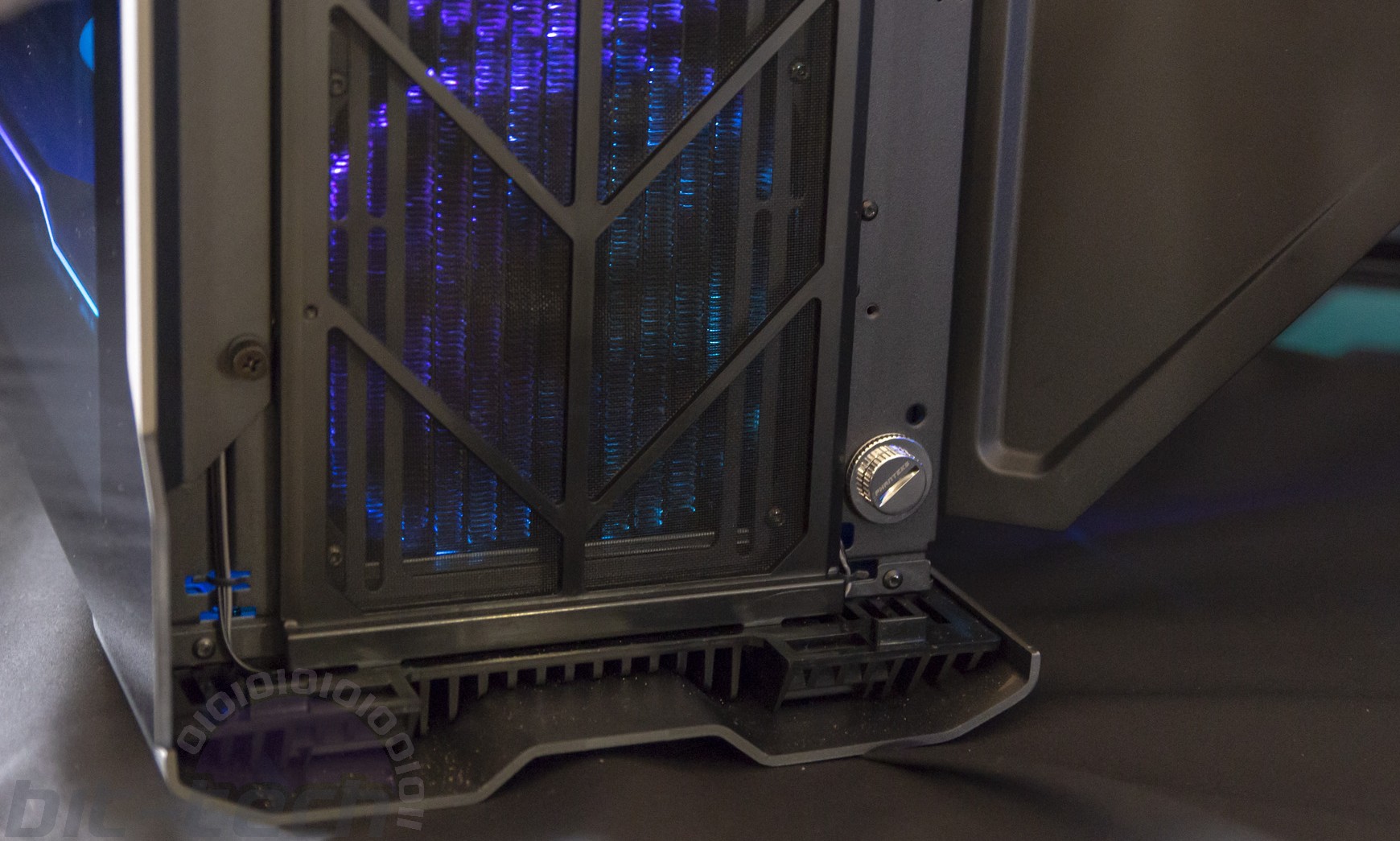 As well as 420mm radiator support in the front and 360mm in the roof (or 360mm each if you use both positions), the Evolv X is nifty in its inclusion of an integrated fill port in the roof and a drain port at the bottom behind the front panel – a really nice touch if you’re into custom water-cooling. Despite compact mid-tower dimensions, the Evolv X can actually be turned into a dual-system chassis using a special bracket and one of Phanteks’ new Revolt X PSUs (see below). The Evolv X will launch in August with an MSRP of $199 excluding taxes. 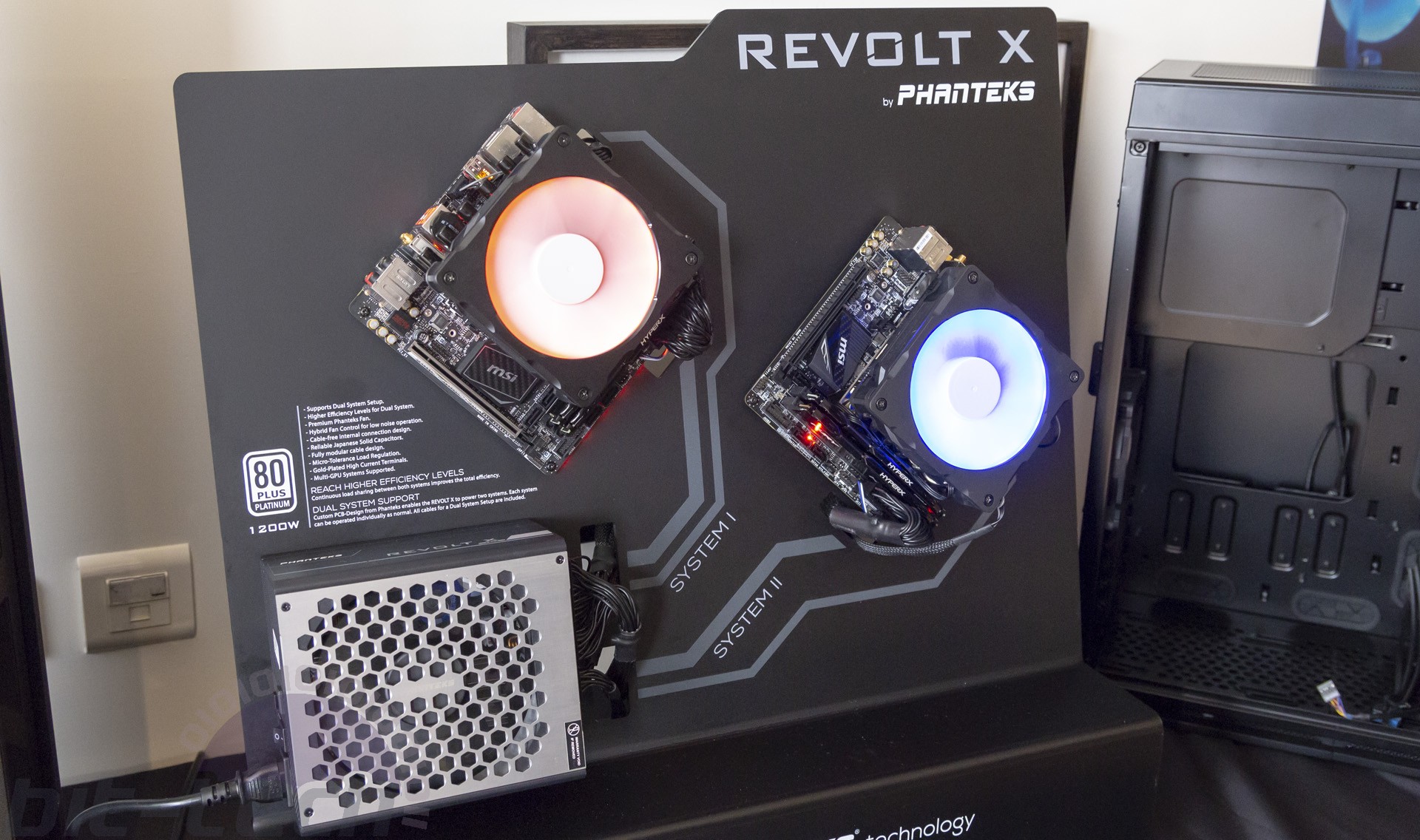 The Revolt X power supplies are high-end, high-wattage (1,000W and 1,200W) models both designed to power dual-system setups from the same unit. These fully modular units have a hybrid fan mode, a cable-free internal design, and they carry an 80 Plus Platinum rating. They are set to launch in July. 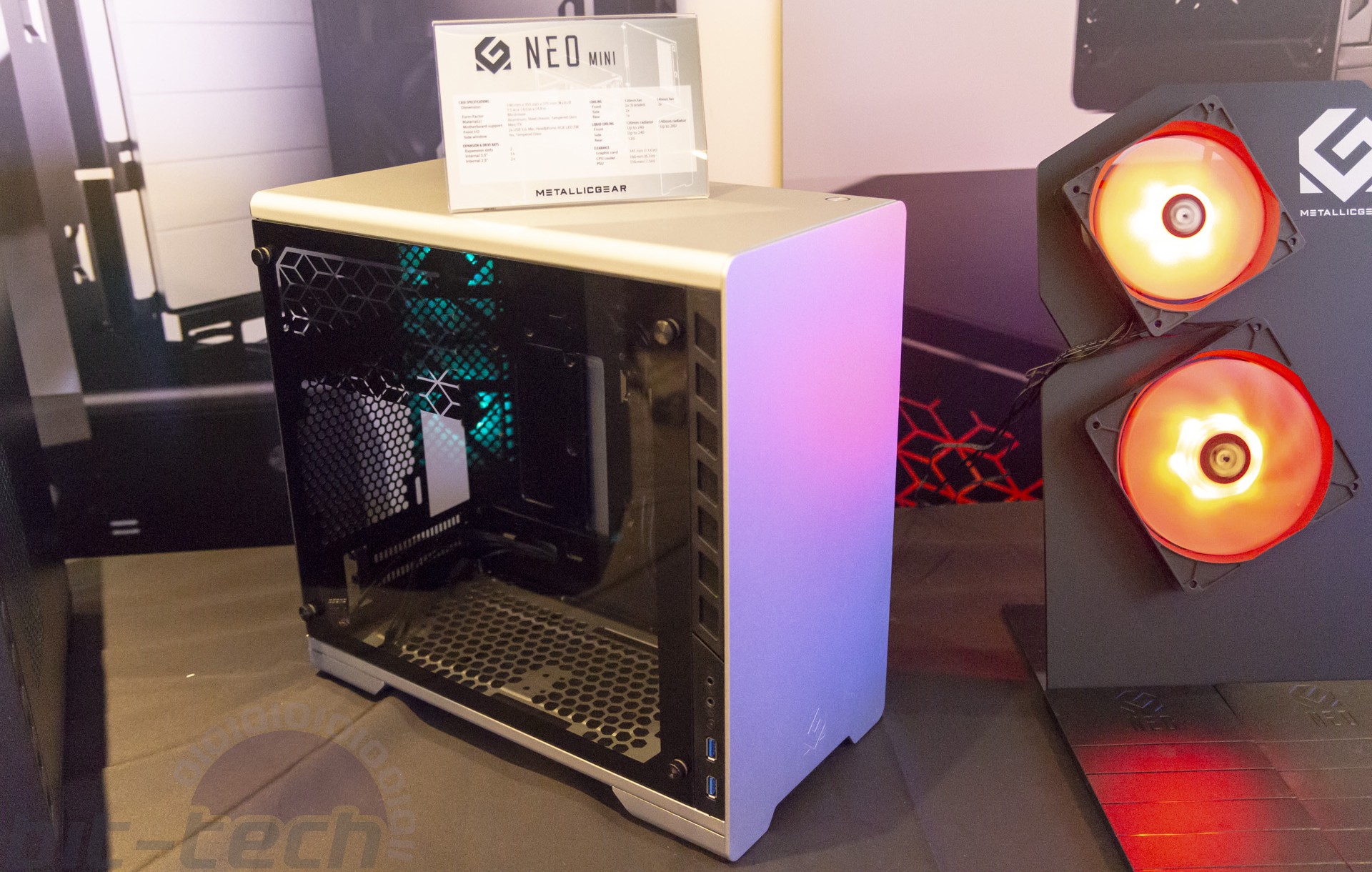 Phanteks will also be launching a new brand, MetallicGear, which will be aimed at casual users with more affordable pricing than its current lineup. That said, you can still expect to see premium materials like aluminium and glass. The first lineup of cases, the Neo and Neo G families, will cover ATX to ITX offerings. MetallicGear will operate as its own brand but will be marked as ‘Powered by Phanteks’ or something similar when it comes to market in early September. 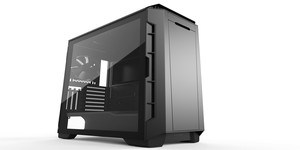 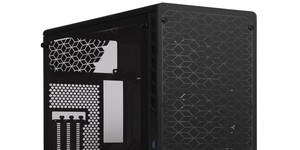 The first case from new Phanteks-owned brand Metallic Gear gets put through its paces in our lab.