Razer has announced that it has partnered with NZXT to produce a customised version of the company's well-regarded S340 case, unsurprisingly dubbed the NZXT S340 Designed by Razer.

The latest product to appear from the peripherals giant's Designed by Razer programme, in which the company adds its own twist to other manufacturers' designs, the special edition case builds on the existing NZXT S340's design. It's a collaboration of which the two companies already have experience, having worked to produce a similarly modified NZXT H440 Designed by Razer case, and the same principle applies: the changes are aesthetic in nature, designed to appeal to Razer fans who want a case which matches their peripherals.

The overall specifications of the customised case are, naturally, unchanged: it's an all-steel chassis supporting a 280mm radiator at the front, features an integrated PSU shroud and filtered air intakes, and comes supplied with two 120mm FN V2 fans at the top and rear.

The case is being sold via NZXT directly, and is priced at $99.99 on its US web store for pre-order with a launch date of the 18th of September. UK pricing and availability have yet to be confirmed. 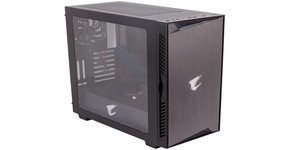 Aorus' first entry into the case market is a safe one in many regards - can it stand out? 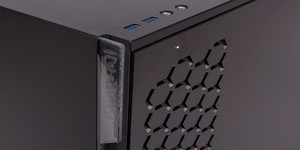 How many sacrifices does a case need to make to include a tempered glass side panel for less than £65?