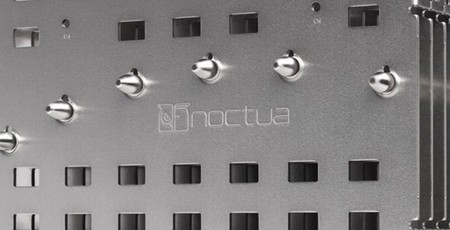 Noctua's highly-anticipated passive CPU cooler appears to have reached retailers in the US, debuting at Newegg for $100 plus postage. Fanless Tech spotted it on sale, which was pretty crafty considering it doesn't yet feature on the Noctua website. However, the retail listing has since mysteriously gone dark, and now the link results in a 404. It looks like Newegg jumped the gun.

Back in mid-May we heard that this device would be imminently available, which was good news as it had been delayed a number of times previously. I think it first became an official product-to-be with a prototype back at Computex 2019. Noctua has a "very strict policy of not releasing anything that we aren’t 100% happy with," we heard at the time of our last report on this cooler. Fanless Tech was wise enough to capture the whole of the text from the Newegg listing, including the following key features bullet points:

Another revelation from the retail listing was that the cooler is called the Noctua NH-P1. Until now, it had simply been an unnamed passive cooler prototype, which was claimed to have entered mass production last December. It is hard to understand the launch/release delay past Computex 21, but with having to buy completely new machinery to cope with the chunkier passive-optimised aluminium fins might have created a learning curve for the machinists.

Noctua is very careful in recommending that the NH-P1 only be employed in systems that have "good natural convection, an open benchtable-type setup, or a PC case with fans". The utility value of this cooler also depends on the other heat generative products in your case, but other than that you can see plenty of high-end PC processors listed as being suitable (though they are all older gen parts for some reason – no Rocket Lake or Ryzen 5000 parts mentioned, for example).

So, if you are interested in the Noctua NH-P1, it really does look imminent. There is also some hope that that very round $100 figure might have been a placeholder, as this figure is on the expensive side for a passive block like this.