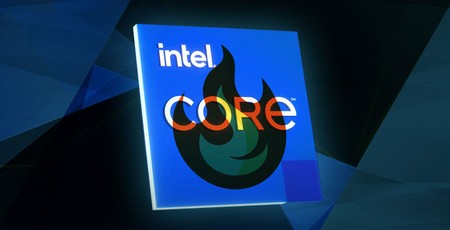 Twitter tech treasure hunter HXL, AKA @9550pro has uncovered an interesting forum post where PC enthusiasts are discussing early findings from tests of Intel Rocket Lake-S CPUs. These 11th gen Core desktop processors aren't due to be released until the end of March but ChipHell forum user 'Enthusiastic Citizen' asserts he has been testing the Rocket Lake i9-11900K already. The results aren't that pretty with regard to thermal performance…

The screenshot isn't the clearest as it is quite low resolution. I've embedded it at 100 per cent above if you click to enlarge. You will be able to see from squinting at the image that the ChipHell user appears to have ran the Core i9-11900K through the AIDA64 stress test, with FPU option selected. The user seems puzzled with the result and isn't sure if the poor thermal performance of the CPU is due to its own intrinsic qualities or poor BIOS optimisation (system is using an ASRock Z490 Steel Legend). CPU-Z appears to report the voltage incorrectly at 1.4V, while HWinfo reports it is 1.325V. Another misreport by the system monitor tools is that this is a 'KF' suffix CPU, when the forum poster claims it is a 'K' chip.

Throughout the stability test the Rocket Lake Core i9 appears to have hit and stayed at a toasty 98°C. Yes, that's high but making it worse is that the user says that the CPU was cooled by an 'entry level' 360mm AiO liquid cooler during the tests. The CPU wasn't overclocked, just run at stock.

At this early stage there could be lots of reasons for this sub-optimal thermal performance. The ChipHell user mentioned the likelihood of BIOS issues. Another point to note is the AVX-512 functions under test generate a lot of heat in previous gen processor families too. These instructions are used to accelerate scientific simulations, financial analytics, artificial intelligence (AI)/deep learning, 3D modelling and analysis, image and audio/video processing, cryptography and data compression – so you might not usually hit them this hard for sustained periods – depending upon your PC usage.

Unfortunately, everyone will have to wait until late March for independent third party Rocket Lake CPU tests from trusted sources.