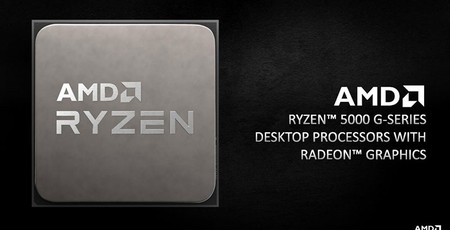 As expected, and after various leaks, AMD has at last unveiled its latest generation desktop APUs. These Cezanne desktop APUs are officially described as the new AMD Ryzen 5000 G-Series Desktop Processors with Radeon Graphics. Before we go further it is worth highlighting that AMD intends to supply its OEM system builder partners with these processors first, with the first systems expected in May. However, it has confirmed that the Ryzen 5000 G series will become available in the retail channel later in 2021.

AMD has prepared six new desktop APUs, all making use of 7nm Zen 3 CPU cores and Radeon Vega graphics. There are 8C/16T, 6C/12T, and 4C/8T chips in both 65W and 35W 'E'fficiency versions, with lower base clocks. You can see the key specs in the product overview table above. In some press slides released by AMD you can see that it compares its new processors against the 10th gen Intel Core processor line. Another worthwhile comparison that is provided is of the new top-end Ryzen 7 5700G vs the previous gen Ryzen 7 4700G. It is a shame that these processors aren't available to PC DIYers now, as the onboard graphics could be a welcome feature with new builds, to help wait-out the great GPU drought. Another things is, as systems makers aren't going to be selling Ryzen 5000 G powered desktops until May, we need to wait and see if AMD has done any interesting graphics tweaks to pep-up the long in the tooth Vega iGPU.