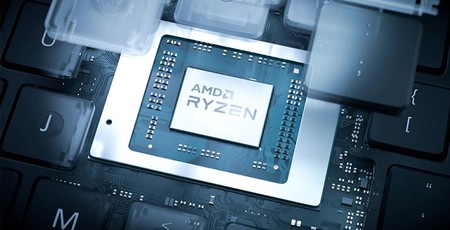 AMD is preparing for the launch of its newest desktop APUs. Like the Cezanne mobile parts we saw introduced at CES 2021, these will offer an attractive mix of Zen 3 CPU cores and refined Radeon graphics cores. Earlier this week a ChipHell (Chinese) forum user shared some early details about one such Ryzen 5000G series APUs and while we need a pinch of salt with this info, which came via TomsHardware, it does fall in with current expectations of the line-up.

The new processor purportedly revealed is dubbed the AMD Ryzen 7 Pro 5750G. Yes, it is a direct replacement of the Ryzen 7 Pro 4750G, and shares a number of characteristics with that part – they are both 8C/16T processors with a 65W TDP and Radeon Vega-based graphics cores. However, there are some very worthwhile changes coming to the 5000G series APUs thanks to the new CPU core technology being used. The AMD Ryzen 7 Pro 5750G has a base/boost clock of 3.8/4.7GHz, compared to 3.6/4.4GHz of its predecessor. So it is faster in MHz terms, especially as that 4.75GHz figure is said to be an all-core boost clock. Moreover, Zen 3 has improved IPC as we have seen in the Ryzen 3000 series of CPUs on desktop, and we also see the new gen APUs likewise double up the L3 cache quota to 16MB.

If you are a DIY desktop PC maker in the west you might not even have found anywhere to buy the Ryzen 4000G APUs from. This is because these 'Pro' stickered models were earmarked for OEMs only, but that hasn't stopped some retailers acquiring stocks – availability of which will vary depending upon where you live. From the new APU 'Pro' naming, it looks like AMD will rinse and repeat this policy, which is unfortunate for PC DIY enthusiasts who would like to build around these offerings in 2021.

We don't know when the AMD Ryzen 5000G APUs for desktop are going to be announced. Hopefully when they do get announced we will hear more about their distribution and availability.