AMD has announced that it's now shipping its first Bulldozer processors. According to the company, it began production of a 16-thread processor that's ‘compatible with Opteron 6100 series platforms and infrastructures’ and codenamed Interlagos in August.

AMD says it's already shipping the processor to system builders, and that it expects Interlagos-based systems to be available in the fourth quarter of 2011.

AMD made no mention of the Opteron 4200 series in its announcement, however, and the Valencia codename was conspicuously absent. Valencia is another F1 Grand Prix track, in case you’re not a fan, and it follows on from AMD’s 12-core Opteron 6174, which was codenamed Magny-Cours after the now-retired French Grand Prix track.

Interestingly, however, AMD also claims that ‘many of the initial shipments have been earmarked for large custom supercomputer installations that are now underway.’

Sadly, there’s no mention of the desktop flavour of Bulldozer, though, which is codenamed Zambezi. We originally expected to see Bulldozer CPUs appearing with the launch of the AMD 990FX chipset and Socket AM3+ releases back in April and May, but the continued delays indicate that yields of the new die might not have met AMD's expectations.

Are you encouraged by the news that AMD is finally shipping some Bulldozer CPUs, or are you worried that this might become another Phenom ‘true quad-core’ debacle? Let us know in the forum. 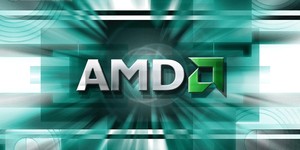 Beast of a chip for HPC work.