AMD to deliver faster CPU performance and undervolting with PBO 2 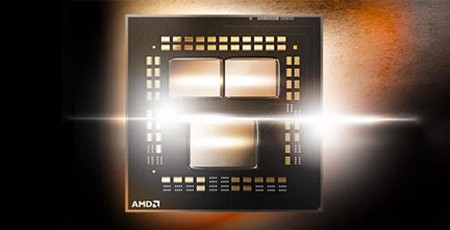 Most AMD CPU users and PC enthusiasts will be well aware of the original Precision Boost Overdrive one-click overclocking technology from AMD. The feature intelligently leverages the large array of sensors (continuously checking volts, amps, temperatures) built into Ryzen processors to determine whether it is OK for the processor to boost higher. It could easily deliver performance increases in double figures, depending upon your system and the task at hand.

With the introduction of the AMD Ryzen 5000 Series processors, AMD is going to be updating motherboard BIOS files to support a refined boost tech called PBO 2. BIOS updates featuring the requisite AMD AGESA 1.1.8.0 are set to start becoming available in December and will enable PBO 2 in the BIOS UI. In early 2021 expect to see the feature rolled into the Ryzen Master software in Windows.

You can see the key features and benefits of PBO 2 outlined in the official AMD slide, above. The original PBO was adept with multi-thread workloads and overclocking but PBO 2 refines the feature to bring similar benefits to 1T processes, adds processor core undervolting, and the whole caboodle is adaptive to get the best from the actual processor in your system.

Thanks to the newly supported adaptive undervolting, PBO 2 is claimed to be able to improve your performance per watt, be able to reduce temperatures, and it should help your processor run more efficiently in general.

So, what kinds of performance increases can you expect (keeping in mind the other benefits mentioned above)? AMD has provided some 1T and nT Cinebench comparisons for you to digest. I've embedded the charts below for your convenient consumption. If you have a shiny new Ryzen 5000 Series processor but an older AMD 400 Series motherboard do not despair. AMD says it will support your Zen 3 processor on this older platform starting early next year. Remember using PBO 2 will invalidate your processor warranty, as was the case for using the original PBO overclocking technology.