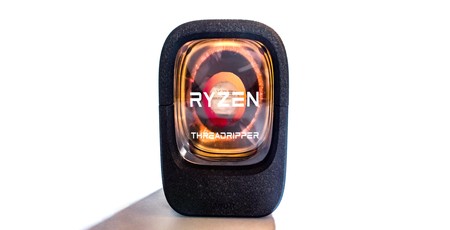 AMD has officially taken the wraps off the retail packaging for its Ryzen Threadripper many-core processor range, and it's clear the company is positioning it as something special indeed.

First announced by AMD back in May, Threadripper is effectively two Ryzen processors in a single package offering up to 16 cores and 32 threads (16c/32t). While roughly equivalent in specification to the company's Zen-based Epyc server chips, the parts are aimed firmly at the enthusiast high-end desktop (HEDT) market with pricing which puts the top-end 16c/32t part under £1,000 and pre-built gaming rigs launching from companies including Dell and its Alienware subsidiary.

The clearest indicator that AMD is looking for enthusiasts to buy Threadripper, rather than aiming to sell it to workstation and server builders whose budgets don't stretch to Epyc, comes from the unveiling of the parts' packaging on Twitter yesterday. Rather than the staid angular box of the majority of CPUs on the market, AMD is opting for an 'Eye of Sauron' approach with a rounded, foam-like package featuring a large window through which the Ryzen Threadripper chip itself peers angrily at the would be customer.

What isn't clear from the packaging shot shared by the company is whether or not Threadripper will include bundled cooling, with previous rumours having suggested the company will be offering at least one bundle with integrated all-in-one liquid cooling. Given the size of the processor versus the size of the box, though, there's clearly room for either a heatsink or 120mm all-in-one liquid cooler in there, but so far AMD is silent on the matter.

AMD has confirmed the first two Threadripper parts, the 16c/32t 1950X and 12c/24t 1920X, will launch in early August, but has still not confirmed a formal release date. 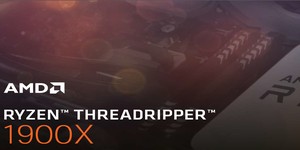 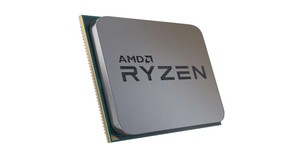 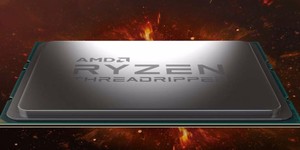