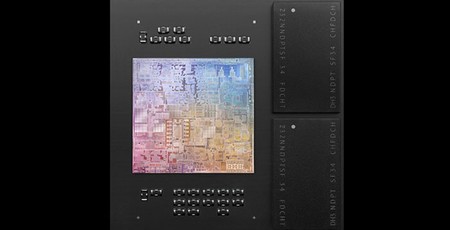 Apple has wrapped up its 'One More Thing' event, live streamed from Apple Park, Cupertino. Most importantly it announced the first ever SoC designed for Macs, the Apple M1. This 5nm SoC with 16 billion transistors was heralded as delivering "the world’s fastest CPU core in low-power silicon, the world’s best CPU performance per watt, the world’s fastest integrated graphics in a personal computer, and breakthrough machine learning performance" at the event. Those are big claims but this is a big move by Apple, which could seriously upset the whole x86 PC applecart. 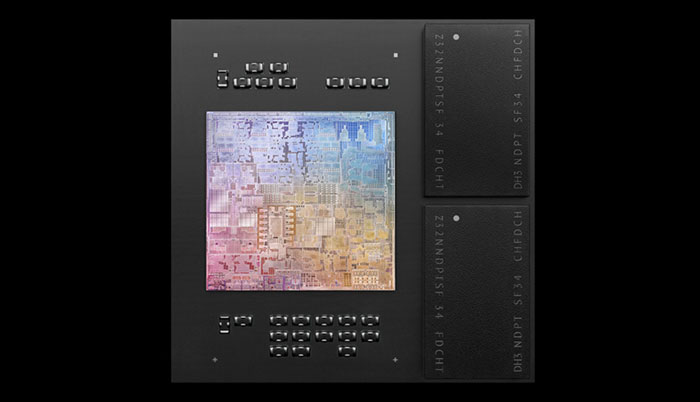 Key performance claims for the Apple M1, as installed in a production 13-inch MacBook Pro with 16GB of RAM, are as follows:

•    with battery life up to 2x longer than previous-generation Macs. 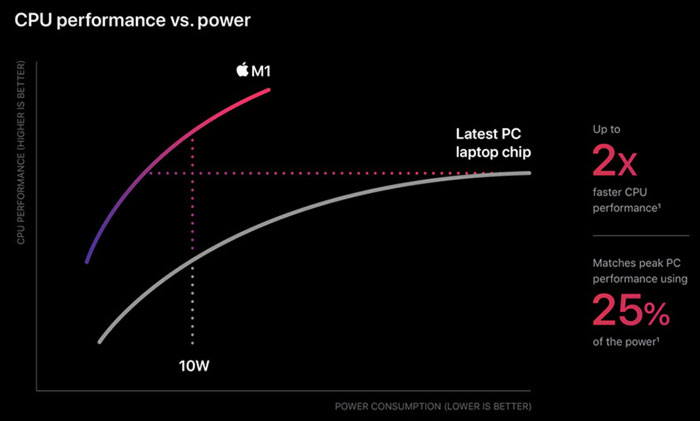 Unfortunately, to what hardware the above comparisons are made isn't entirely clear, as they are against unnamed "latest PC laptop" chips. Apple's footnotes don't shed any more light but this simply means that those really very interested in the performance on offer here will have to wait for third party reviews. 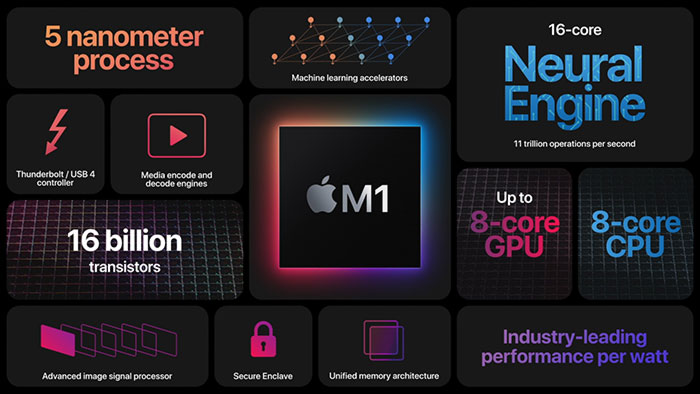 Apple's senior vice president of Hardware Technologies, Johny Srouji, added more boasts to the above. "When it comes to low-power silicon, M1 has the world’s fastest CPU core, the world’s fastest integrated graphics in a personal computer, and the amazing machine learning performance of the Apple Neural Engine," commented the Hardware SVP. "With its unique combination of remarkable performance, powerful features, and incredible efficiency, M1 is by far the best chip we’ve ever created". 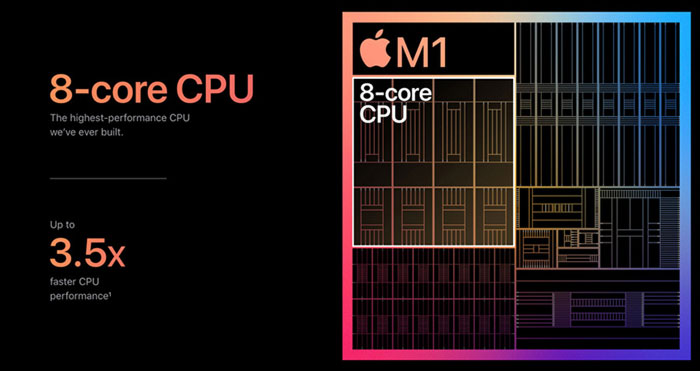 All the new M1 Macs announced at the event yesterday evening, the MacBook Air, 13-inch MacBook Pro, and Mac mini, seem to come with the same spec M1 SoC. Check out the infographic overview of the chip to learn more, but in brief it features; 4+4 (big/small) CPU cores, up to an eight core GPU, and a 16 core Neural Engine for ML acceleration. Every chip features unified memory too, and with there being 8GB and 16GB RAM versions of the new 13-inch MacBook Pro one must assume that there are two M1 SKUs.

Mac OS Big Sur features important changes to work smoothly with the new Apple Silicon Macs. Specifically it has been "engineered, down to its core, to take full advantage of all the capability and power of M1, delivering a massive boost in performance, astonishing battery life, and even stronger security protections," says Apple. All the standard system OS apps are now universal and can run native code on the M1. This includes things like Safari, plus Metal and Core ML APIs. Another benefit with the move to the Arm architecture is that users of the new Macs get instant-on, just like with their iPhone or iPad, and iOS apps can now run directly on the Mac.

For information about the new M1 Mac trio, please check out the linked Apple press release about these machines, and the official Mac product pages. You will find that if you were in the market for a MacBook Air that Apple Silicon is now your only option if you purchase from the Apple Store. The 8GB/16GB configurations cost from $999/$1,299. 13-inch MacBook Pro models still come with Intel options, as do Mac mini computers. With the release of these first M1 Macs, Apple has started the stopwatch on its two year x86 to Arm transition period.