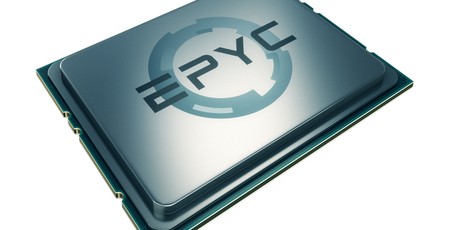 AMD has announced a deal with supercomputing specialist Cray to add Epyc processors to its CS500 cluster system, offering an alternative to the company's traditional Intel chips.

In what is a major win for AMD, which has the uphill struggle of attempting to convince companies to switch from Intel after allowing its rival to gain a near-monopoly in the data centre and high-performance computing (HPC) markets, the deal with Cray will see the company's CS500 range of cluster systems ship with the option of AMD Epyc 7000 processors. Each two-unit (2U) chassis, Cray explains, will include four dual-socket nodes for a total of eight processors offering a combined 256 cores and 512 threads (256c512t). Each node in the chassis also has two PCI Express Gen. 3.0 x16 slots for networking or GPU acceleration, while an additional single-node box supports larger memory configurations and service node functionality.

'Our decision to offer AMD Epyc processors in our CS500 product line is emblematic of Cray's commitment to the community to deliver a comprehensive line of high-density systems with an optimised programming environment to deliver the required performance and scalability,' claims Fred Kohout, senior vice president of products and chief marketing officer at Cray, of the deal.

'Cray's leadership in supercomputing is well known and AMD is thrilled to be working with them on the CS500 cluster system,' adds Scott Aylor, corporate vice president and general manager, data centre and embedded solutions, AMD. 'Cray is the first system vendor to offer an optimised programming environment for AMD Epyc processors, which is a distinct advantage. Combining AMD Epyc processors with Cray's supercomputing expertise opens new opportunities for both companies to grow.'

Cray has not yet indicated whether it plans to launch additional products featuring AMD processors, but has confirmed the Epyc-based CS500 units will begin shipping this summer - with pricing, naturally, strictly upon application. 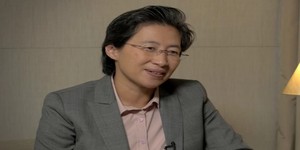 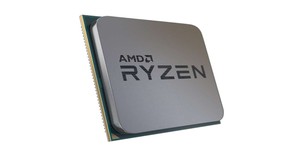