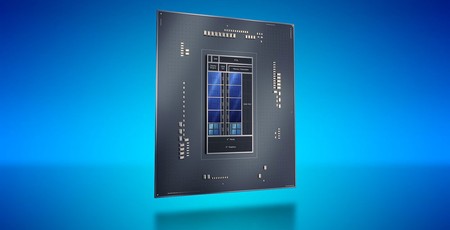 Intel Architecture Day 2021 was live-streamed on Thursday, and like the event last year was stuffed full of tech announcements and analysis of things to come from the blue team. If you want all the news in one place you can put your feet up for two and a quarter hours and watch through the recorded video embedded below – alternatively, I have distilled all the consumer-facing goodies for you, if you read on.

The most important announcements and demos last night for consumers gave us some perspectives on the upcoming Alder Lake processors, the Xe HPG GPU based Intel Arc Alchemist graphics cards, and the all-important software that will let users get the most of the new discrete GPUs from Intel. On the topic of software one of the highlights for PC gamers is going to be XeSS, Intel's AI-driven upscaling tech.

The upcoming Intel Alder Lake processors are going to debut the firm's first hybrid architecture in "Fall 2021". These CPUs will mix quantities of Performance x86 cores, with Efficiency x86 cores, advanced instruction set extensions, bigger-faster-smarter caching, plus the Intel Thread Director to optimally use the P- and E-cores in Windows 11. Intel has also applied a next gen interconnect tech with this fabric offering up to 1000GB/s inter-SoC communications. Intel has some big claims for its newest cores. The E-cores, for example, are said to deliver 40 more single-threaded performance at the same power as Skylake cores, or you can get iso-performance for 40 per cent less power usage. Meanwhile, the P-cores are 19 per cent faster than the 11th Gen Intel Core architecture (Cypress Cove core) at the same frequency.

Intel Thread Director is there to make sure scheduling is such that P- and E-cores work seamlessly, "dynamically and intelligently assigning workloads from the start and optimizing the system for maximum real-world performance and efficiency."

Alder Lake CPUs are being readied for three market segments; desktop, mobile, and ultra-mobile – each with a particular balance of computing cores, accelerators (inc Xe EUs), memory IF, caching, and I/O. Alder Lake CPU TDPs will range from 9W to 125W, and you can see the top-end Alder Lake CPU in the diagram below. At the time of writing, we don't have an Alder Lake SKU list/table – expect that nearer to launch.

The Xe HPG microarchitecture features a new Xe-core, a compute-focused programmable and scalable element, as well as Intel's 'XMX' Matrix Engines to accelerate AI workloads. The basic Arc Alchemist GPU building block consists of 16 vector engines plus 16 matrix engines, on a Render Slice which adds a dedicated ray tracing unit per Xe-core, as well as full support for DirectX 12 Ultimate via other accelerators which focus on tasks like rasterisation, geometry, samplers, pixel backends, and more.

With these ingredients, it looks pretty straight forward for Intel to build an appealing series of PC gaming graphics cards packing various render slice quotas – joined up by a unified memory fabric and L2 cache system.

In practice Intel says that Xe HPG can clock 1.5x faster than Xe LP for the same voltage, it is also claimed to deliver 1.5x performance per watt. Xe HPG-based Alchemist SoCs (formerly code-named DG2) will be coming to market in the first quarter of 2022 under the new Intel Arc brand.

Like with Alder Lake, we didn't get a product lineup/matrix shown off by Intel, but we can see from the presentation that the biggest Arc Alchemist GPU will feature 512EUs, or 32 of the Intel Xe-cores, or four 'Render Slices'.

Of course the driver/software accompanying the Arc Alchemist graphics card releases will be very important and Intel seems quite advanced in this development, thankfully.

One of the most impressive Intel Arc software announcements of the night was with regard to XeSS, Intel's novel upscaling technology that enables high-performance and high-fidelity visuals. XeSS works by reconstructing subpixel details from neighbouring pixels, as well as motion compensated previous frames, and the reconstructing is powered by a neural network – delivering up to a 2x performance boost in enabled games.

While XeSS is accelerated by Alchemist’s built-in XMX AI hardware, it doesn't depend on it, and thus it will work on any modern PC system with various CPU/GPU config. If you don't have XMX, for example, it can be accelerated by DP4a, but there will be more system overhead in this case.

Intel says that there are several developers implementing XeSS in games and engines, and its initial XMX version will be released this month, with the DP4a instruction set version coming later in the year. It is worth watching the video presentation to see XeSS in action. You can zip forward in the main video, to about 57mins and 24 seconds, to see Lisa Pearce explain and demo XeSS and other aspects of the graphics software stack.