Intel has pledged to launch its eighth-generation Core processors, known under the codename Coffee Lake, in the second half of the year with a 15 percent performance boost over equivalent seventh-generation Kaby Lake parts.

Following the abandonment of its tick-tock development cycle, which had previously seen the company alternate between transitioning to a smaller process node and developing a new microarchitecture each year, Intel has been pushing incremental architectural improvements on its existing 14nm node. With its 10nm problems now reportedly resolved, the time is coming for the company to move off 14nm and launch its promised Cannon Lake parts - but first it's giving 14nm one last hurrah with a tweaked microarchitecture it calls Coffee Lake.

Full details about Coffee Lake are not yet available, but in a teaser posted to the company's official Twitter account Intel pledged a greater-than-15 percent performance boost in the SysMark benchmark - equal to or greater than the boost from the sixth Core generation to the seventh. The launch of eighth-generation Coffee Lake parts is also promised for the second half of this year, earlier than a previously rumoured H1 2018 release - potentially as the result of increased pressure as rival AMD gears up to release its latest Ryzen processor family.

At the same time, Intel has announced a new top-end Xeon processor featuring 24 physical cores and Hyper-Threading support for 48 threads. Running at 2.4GHz and boosting to 3.4GHz under selected workloads and with 60MB of cache, the Broadwell-based Xeon E7-8894 v4 has a 165W thermal design profile (TDP) and will go toe-to-toe with AMD's server-centric 32-core 64-thread Ryzen parts. Pricing has been set at $8,898 (around £7,118 excluding taxes) in single units.

Intel has not yet offered a firm launch date or pricing for the Coffee Lake family of chips, which is expected to include variants for laptops, desktops, enthusiast desktops, and embedded low-power systems. 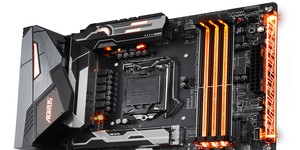 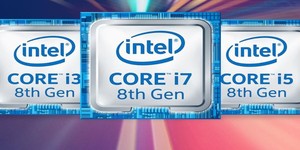 Intel's Coffee Lake CPUs are nearly upon us and, if the rumours are true, so are its first mainstream core boosts in a decade.