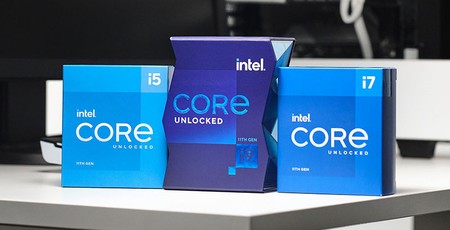 Intel has launched its 11th Gen Intel Core S-series desktop processors. We were given a good overview of these processors at CES 2021, with special attention given to the flagship 8C/16T Core i9-11900K, including some gaming benchmark comparisons against the AMD Ryzen 9 5900X. Yesterday, Intel took more time fleshing out the full range, as well as revealing those all-important MSRPs for every processor model incoming. Retail product release and third party reviews are scheduled for Tuesday, 30th March. The key claim to fame of the new RKL-S processors is, according to Intel, that they can muster a 19 per cent IPC improvement compared to the previous gen. The story goes that this uplift is provided by the new Cypress Cove architecture. Additionally, the new Intel UHD graphics iGPUs are Intel Xe architecture-based and capable of delivering up to 50 per cent faster performance. Elsewhere, Intel has managed to pack in Intel Deep Learning Boost and Vector Neural Network Instructions support. Complementing these hardware innovations you will also find a range of enhanced overclocking tools and features to help you squeeze more out of the silicon. In its news release regarding the launch of the Rocket Lake chips for desktops Intel often touches upon PC gaming, as it is still one of its strongest suits. Again it makes reference to the 11th Gen Intel Core i9-11900K, "featuring unmatched performance with up to 5.3 gigahertz, eight cores, 16 threads and 16 megabytes of Intel Smart Cache". As a side Intel reports that it has worked closely with >200 top game developers on game, engine, middleware and rendering optimizations. Intel's RKL-S cores were designed for 10nm but backported to 14nm, and thus they are unintentionally larger than with previous generations. This appears to be the reason that the new flagship Core i9 takes a step back from boasting 10C/20T with the previous gen, to 8C/16T for RKL-S. Intel suggests that the 19 per cent IPC improvement will make up any difference in heavily threaded applications, and that the new i9 will retain its edge in gaming. Obviously this is important to Intel and the brand it has built.

On the topic of overclocking tools, Intel is keen to point out that RKL-S introduces real-time memory overclocking, and has extended this feature beyond the Z-series motherboards to embrace the H570 and B560 chipsets. Above you can see the extensive new product matrix. As well as the above chart for RKL-S parts, surprisingly Intel saw fit to refresh a number of its (lower  end) 10th gen parts as per the table below. The newer 10th gen CPUs all have code-names incremented by 5, their peak frequencies have slightly higher values while pricing remains the same.