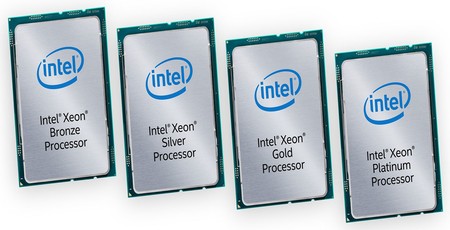 Intel has officially launched its Xeon Scalable Processor range of metallic-tiered server chips, while also taking the time to deny rumours that it is discontinuing the entry-level Pentium G4560 following claims it is cannibalising sales of higher-margin Core i3 parts.

Announced back in May, the Xeon Scalable Family is designed to replace the existing Xeon E5 and E7 ranges with a new tiered platform themed around precious metals: Bronze entry-level parts, Silver mid-tier parts, Gold high-end parts, and Platinum flagship parts. While the new parts are based on the Skylake microarchitecture, Intel claims they are 're-architected from the ground up' and in June provided information to back that claim up with details of the new mesh chip interconnect design.

'This new architecture delivers a new way of interconnecting on-chip components to improve the efficiency and scalability of multi-core processors. The Intel Xeon Scalable processors implement an innovative "mesh" on-chip interconnect topology that delivers low latency and high bandwidth among cores, memory, and I/O controllers,'' claimed Intel chip architect Akhilesh Kumar at the time. 'Cores, on-chip cache banks, memory controllers, and I/O controllers are organised in rows and columns, with wires and switches connecting them at each intersection to allow for turns. By providing a more direct path than the prior ring architectures and many more pathways to eliminate bottlenecks, the mesh can operate at a lower frequency and voltage and can still deliver very high bandwidth and low latency. This results in improved performance and greater energy efficiency similar to a well-designed highway system that lets traffic flow at the optimal speed without congestion.'

The launch SKUs are now live on Intel's Ark product database, ranging from the range-topping Xeon Platinum 8180M with 28 cores and 56 threads running at 2.5GHz base and 3.8GHz Turbo Boost clocks alongside 38.5MB of L3 cache in a 205W thermal design profile (TDP) and a whopping $13,011 recommended selling price (around £10,075 excluding VAT) to the entry-level Intel Xeon Bronze 3104 with six cores and six threads running at 1.7GHz, no Turbo Boost functionality, 8.25MB of L3 cache in an 85W TDP and with a $213 recommended selling price (around £165 excluding VAT).

At the same time as launching the new Xeon range, Intel has taken the time to hit back at rumours that it is to discontinue the Pentium G4560 entry-level processor out of a desire to shuffle customers onto the higher-margin Core i3 family. 'We continue to offer [the Pentium G4560],' a company spokesperson told The Tech Report when approached for a statement on the claims. 'What you have observed on websites are possibly part of a normal demand fluctuation.' 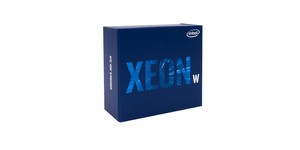 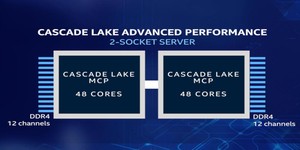 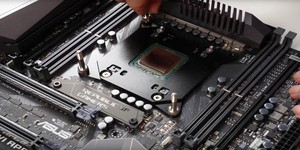