Intel has made its first acquisition since Brian Krzanich took over as chief executive, and in doing so confirmed its new leader's desire to forge forward in the mobile market.

While it's foolish to imagine that the deal has been spearheaded by Krzanich himself, who only took over from retiring chief Paul Otellini two weeks ago, its target shows that the company is putting its money where its mouth is with regards taking a more prominent share of the mobile marketplace: it has acquired the global positioning satellite business of ST-Ericsson, a joint venture between STMicroelectronics and Ericsson that is currently eating money at a voracious pace.

Confirmed by AllThingsD but not yet formally announced by Intel, terms of the deal have yet to be confirmed. The satellite navigation specialist will be merged into Intel's mobile division - which means one simple fact: Intel is actively targeting Qualcomm's customers.

Qualcomm is one of the biggest licensees of intellectual property (IP) from Cambridge-based chip designer ARM. Its Snapdragon system-on-chip (SoC) processors compete with the likes of Nvidia's Tegra and Samsung's Exynos family for presence in top-end hardware, but Qualcomm has a trick up its sleeve that separates it from the rest: a heavy focus on integration. As well as more slimmed-down hardware, the company builds system-on-chip products that combine mobile, Wi-Fi, Bluetooth and even NFC radios alongside receivers for GPS and GLONASS satellites for navigation purposes.

Each of these devices is baked into the SoC package itself, meaning customers building smartphones, connected tablets and the like can simply pick up a single Qualcomm chip, drop it into their design and have everything they need. Other SoC vendors aren't typically so focused on heavy integration: it's only with the latest Tegra 4i chip that Nvidia has bothered to integrate a Long Term Evolution (LTE) mobile modem, for example, leaving previous Tegra customers having to use a separate chip for mobile communications.

Intel has certainly been in the non-integrated camp in the past. Only in the last few years has it turned its low-power Atom family into a true system-on-chip design, but even now it lacks features that Qualcomm includes as standard. Those opting to use an Atom SoC in a smartphone, for example, need to find room for a modem in an extra chip like the XMM 6260. Adding in GPS support requires yet another chip, either the Intel XPOSYS or a component from a rival manufacturer. All these chips add up in terms of space, power draw and extra complexity in PCB routing - and make it very tempting to just ditch x86 compatibility and pick up an all-in-one solution from Qualcomm instead.

Krzanich has made it clear he regrets Intel's delayed entry into the mobile market, which has allowed ARM's multitudinous licensees to corner the market, and this latest acquisition shows that the company is serious about making up for lost ground. While it may take a few generations, expect to see a future Atom SoC with integrated LTE, GPS and Wi-Fi connectivity - giving original equipment manufacturers (OEMs) a one-chip solution just like its competitors.

With that in hand, Intel will have an easier job of convincing manufacturers to pick up Atom in place of its rivals - but it will still be an uphill struggle in a market where x86 is a niche architecture and ARM the dominant force. 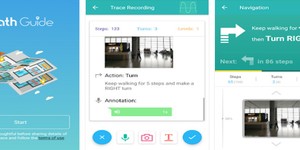 OnCue not proving popular with partners.