Intel has announced that it has poached Venkata "Murthy" Renduchintala from Qualcomm to head up the Client, Internet of Things, and Systems Architecture arms of the company.

Following the departure of Intel president Renee James in July this year, Intel chief executive Brian Krzanich has been working on a shake-up. Claiming in a recent earnings call that a still-depressed PC market shouldn't be a barrier to growth, Krzanich is pushing the company headline into the system-on-chip (SoC) and embedded markets - and his hiring of Renduchintala to head up the company's client and IoT product divisions is a clear indication of that.

Prior to Intel Renduchintala was the co-president of Qualcomm CDMA Technologies, formerly Qualcomm Mobile and Computing, responsible for oversight of all semiconductor operations in the named market segments - or, to put it another way, the majority of Qualcomm's semiconductor business. He joined the company in 2004, from Skyworks' Cellular Systems Division, and his departure to Intel indicates clearly that the company is doubling-down its efforts on small, low-power parts for embedded and mobile markets - despite the continued impressive losses from its own attempts to create a modem chipset for smartphones and tablets.

'Intel's strategy and direction is solid, and we continue to evolve our organisational structure to better position the company for growth,' claimed Krzanich of Renduchintala's appointment. 'The calibre of leadership and experience Murthy brings to our executive team represents a significant move toward delivering the benefits of our strategy even faster than before.'

Renduchintala is to act as president of a combined division which includes the arms formerly known as Platform Engineering, Client Computing, IoT, Software and Services, and Design & Technology Solutions. His position takes over some of the responsibility previously held by former president James, and places him second only to Krzanich in terms of influence over the company's developmental direction. 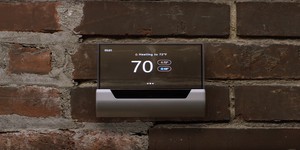 Could herald a major IoT push.