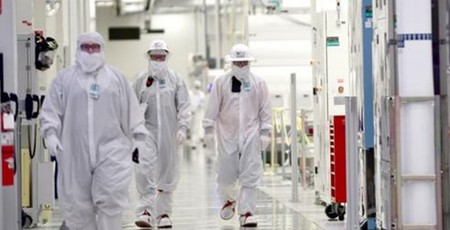 On Thursday evening Intel released its Q4 and FY 2020 results. The release, the last to fall under the auspices of CEO Bob Swan, came unexpectedly early - 15 minutes before the closing bell - due to presentation slides leaking and becoming public before they should have done. Overall the results were very good, with strong FY performance in client computing, data centre and some smaller segments. Investors were pleased with Intel's better than expected performance – mainly as a result of pandemic-era notebook sales. In the key slide above you can see Intel's latest achievements summarised. As well as the huge strength in laptop sales you can see that it cites four-fold growth of 10nm supply and "strong progress on 7nm," adding that Alder Lake is already sampling with customers.

While Swan greeted the results with pleasure, talked about being proud of his period at Intel, and added that Intel was in great shape for the upcoming transition of power, his replacement got some conference call time to talk about what he has observed, and already done, and what he is planning to do.

The biggest news direct from incoming CEO Gelsinger is that Intel's troubled 7nm program is on track to be pumping out processors in 2023. "I am pleased with the progress made on the health and recovery of the 7nm program," Gelsinger said in the call. "I am confident that the majority of our 2023 products will be manufactured internally."

However, Gelsinger didn't rule out using third party fabs during his first few years as CEO, far from it. "Given the breadth of our portfolio, it’s likely that we will expand our use of external foundries for certain technologies and products," reasoned the CEO in waiting.

Since Gelsinger's appointment was announced just over a week ago, he has already started to make his mark. A few days ago he commented that Intel should really be a better chip designer than "a lifestyle company in Cupertino".

More recently there are signs that he is reforming teams around some big names from Intel past. For example, on Wednesday Intel senior fellow Glenn Hinton announced he was coming out of retirement to return to Intel. Hinton said he was compelled to leave retirement to work on "an exciting high performance CPU project," at Intel.