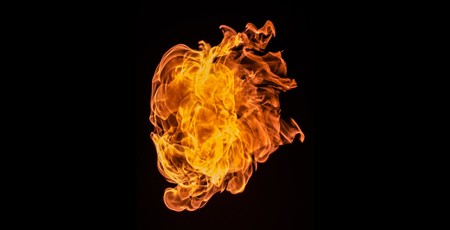 Researchers from Washington State University, New York University, and Duke University claim to have found the closest real-world equivalent to the most elusive of computer instructions: Halt and Catch Fire (HCF), a means by which software can cause physical hardware damage to target systems.

As well as being the name of a particularly good AMC TV series charting a fictionalised version of the early history of personal computer, chatrooms, electronic marketplaces, video gaming, and the search engine, Halt and Catch Fire (HCF) is the name given to any machine-code instruction which, when executed, causes unexpected and abnormal behaviour - up to and including doing what it says on the tin, causing the program to halt and the machine executing it to literally burst into flames.

Traditionally, HCF has been an exaggeration, causing a crash but not irrecoverable physical damage. Researchers from Washington State University, New York University, and Duke University, though, claim to have found the closest thing to a real-world HCF, in the form of hardware vulnerabilities which can be exploited by software to damage microprocessors - shortening their lives, even if not literally causing flames to appear.

The team claims to have discovered a means of exploiting these vulnerabilities in such a way that they can cause physical hardware failures, running a carefully-constructed malicious workload which is said to increase electromigration-induced stress and cross-talk noise on the circuit. Given time, this stress leads to failures in the communication links - particularly vertical links in stacked-style designs - which can permanently disable the processor.

The team's research, which was funded by the National Science Foundation and the US Army Research Office, has been published as Abetting Planned Obsolescence by Aging 3D Networks-on-Chip as part of the 2018 IEEE/ACM International Symposium on Networks-on-Chip.